Verreaux’s Eagles inhabit river gorges and rocky outcrops in mountainous regions, always near to populations of Rock Hyrax, which constitute 90% of their diet.

They can still be found in parts of the Arabian Peninsula and Jordan and bred in Jordan until 1999. Their numbers have declined because of its dependency on the Rock Hyrax, which have been decimated by human hunting for food and skins. At WF16, Verreaux’s Eagle was identified from its wing bones, which suggests the Neolithic inhabitants of Wadi Faynan were catching these birds for their feathers between 12,000 and 10,000 years ago. 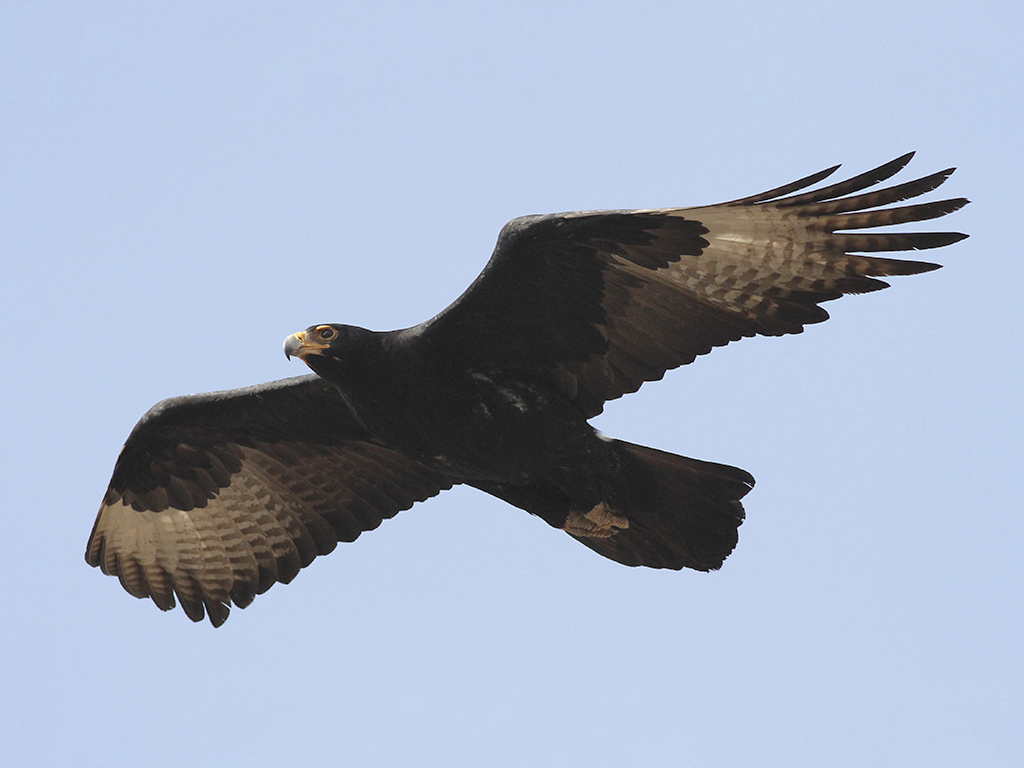