Wadi Faynan is located in the eastern part of central Wadi Araba, around 35 km south of Tafila near the southern tip of the Dead Sea. The area includes parts of the relatively flat or hilly Wadi Araba and adjacent rift margins, particularly the lower parts of Wadi Dana and Wadi Ghweir that join at Faynan and flow westwards as a shallow, broad wadi (Wadi Fidan).

The altitude of this area ranges from 70 metres below sea level in the west to around 400 metres above sea level in the east. The climate is very arid with hot summers and mild winters, with a mean annual temperature of 24°C and mean annual precipitation of approximately 60 mm. Rain falls occasionally during the cooler winter months, when average temperatures are 15° lower than in the summer. The wadis are often flooded when it rains in the adjacent mountains. The best time of the year to visit is from October to May when temperatures are moderate and resident, migrant, and winter-visiting birds can be observed.

In terms of biogeography, the area is generally considered part of the Sudanian penetration zone as characterized by the presence of African trees and shrubs, e.g. acacias (Acacia tortilis, and Aacia raddiana) jujubes (Jujubas) (Zizipus spina-christii) and Moringa peregrina. However, plant species of Saharo-Arabian origin are also common such as the desert broom Retama raetam, the white saxaul (Haloxylon persicum) and the dwarf shrubs Anabasis articulata and Zygophyllum dumosum. 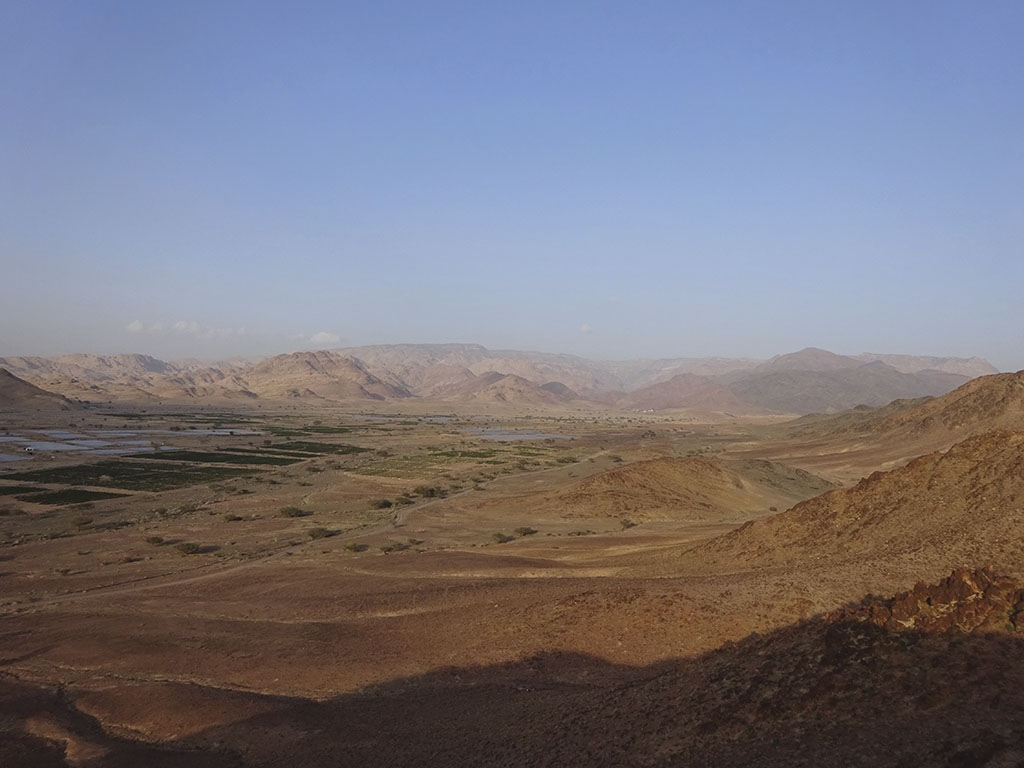