Khirbat Ratyah was most likely a Roman military fort. It was positioned to overlook the mines in Qalb Ratyah, probably serving as the control base of the mining supervisor, and accommodation for some of the mining workforce. Roman soldiers guarding the mines might have also been based here.

At its centre was a 5x5m tower, with a large reservoir behind fed by a floodwater catchment wall, and a small Roman bath suite. Around the main building and on the facing slope to the east there were around 30 simple sub-rectangular buildings. It is a good example of the level of administrative organisation found within the mining industry, typical of the Roman empire. 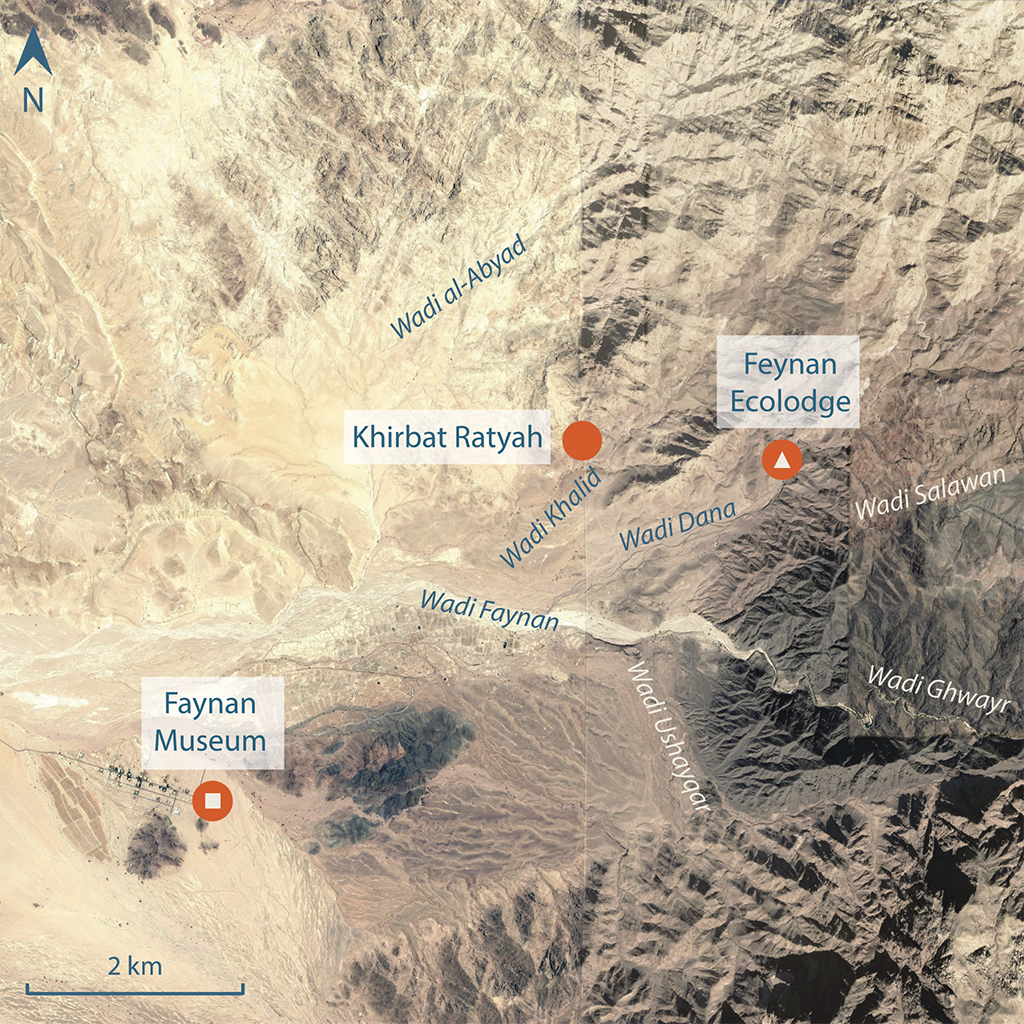 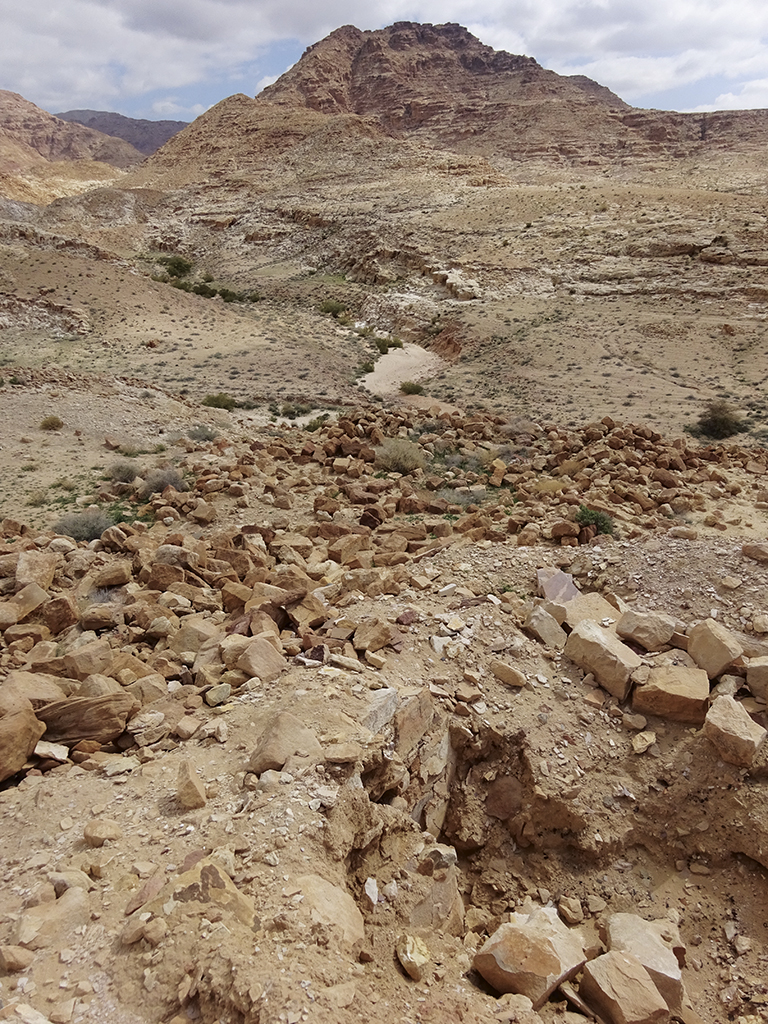 The view from Khirbat Ratyah, looking towards the mines