A Pre-Pottery Neolithic A settlement

Steven Mithen and Bill Finlayson talking about the Neolithic site of WF16.

WF16 was discovered in 1996 as a scatter of flint tools and massive stone mortars on the surface of a knoll, just before the steep climb to the Jordanian plateau. This important site shows some of the earliest developments of the Neolithic, including evidence for the first steps away from hunting and gathering towards the production of food, and the development of a communal way of organising society – with shared stores and workshops, and a public space for communal activities.

Excavation showed WF16 to be a dense cluster of semi-subterranean oval structures used between 12,000 and 10,200 years ago, with a peak of activity around 11,200 years ago. The structures were lined with pisé, a mud and plant mixture, which was also used for walls that supported timber frames for flat roofs. The structures were of various sizes, containing objects that suggested different uses, including domestic activities, storage, and workshops for making beads. One of the structures was especially large, seeming to have been built for social gatherings and perhaps performances, as people found new ways to live together. In the final phase of occupation, buildings began to be built above ground, reflecting technical and social developments in the Neolithic.

The many pestles and mortars, buildings designed for storage, grains of wild plants including barley, and the use of chaff in the pisé to stop it cracking, all suggest that wild plants were being cultivated, while trees such as figs and pistachio were exploited. The animal bones from WF16 were predominately from wild goats, with age profiles suggesting that these were being hunted in a selective manner to manage the herds. Animals such as foxes were hunted for their fur, while the bones of raptors suggest their feathers and talons were prized for ornamentation.

Many craft activities are evident, notably the working of the local malachite copper ore into green stone beads. Shells from both the Red Sea and the Mediterranean were also used for beads, these showing that visitors came to WF16 regularly for annual gatherings. Many ‘art’ objects were also made and/or discarded at the site. These were predominately small slabs of stone incised with geometric patterns.

WF16 was a cemetery as well as a settlement. Burials were made below the floors, or cut into the walls of earlier structures, into which the bodies of adults, children and infants were placed. Most of the bodies were laid on their side with a hand below their head in a sleeping position. In some cases, selected bones were removed or added to these burials. In other instances collections of bones had been painted and wrapped in bundles using plaster, suggesting complicated mortuary practices before and after burial.

To conserve and protect the structures in this important archaeological site, the excavated settlement has been carefully covered back over. A replica Neolithic dwelling, based entirely on archaeological evidence from WF16, has been constructed next to the site. 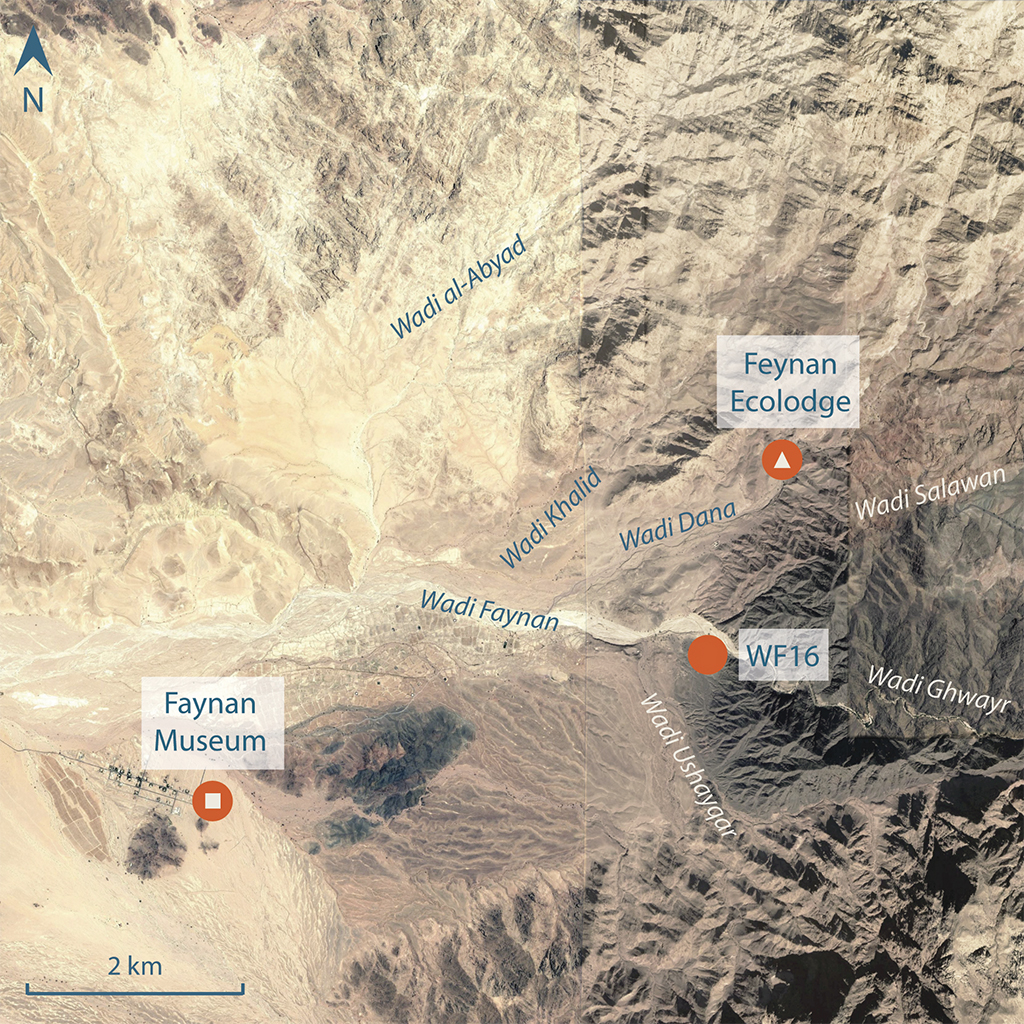 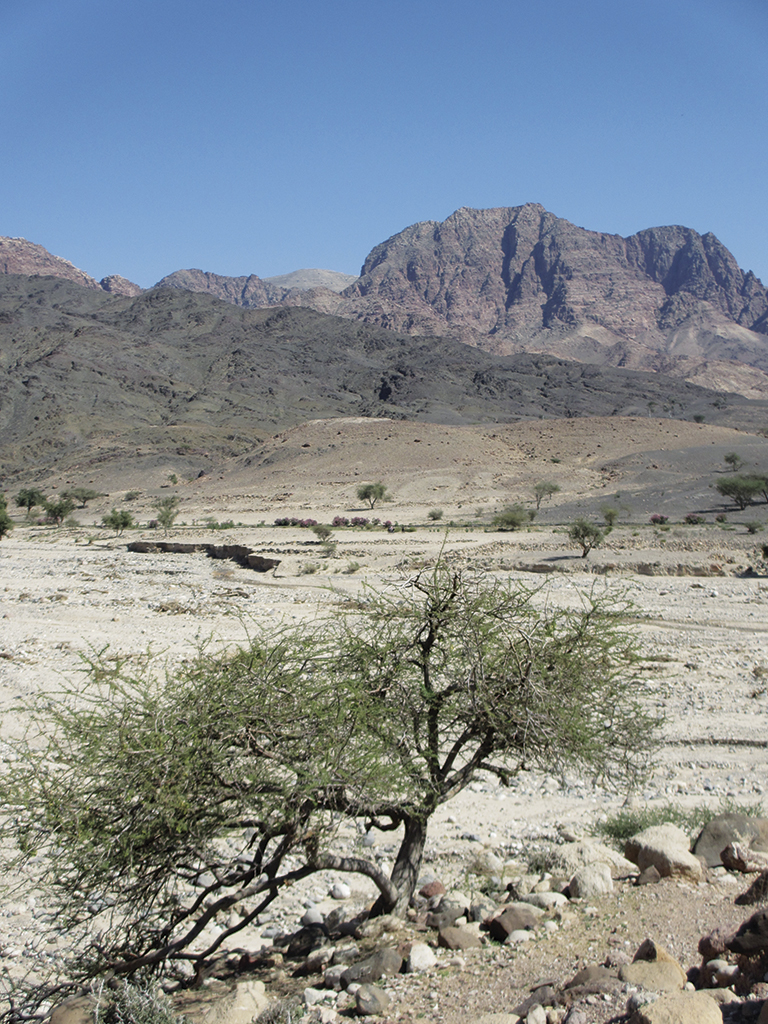 The knoll of WF16, viewed from the north looking across the wadi floor 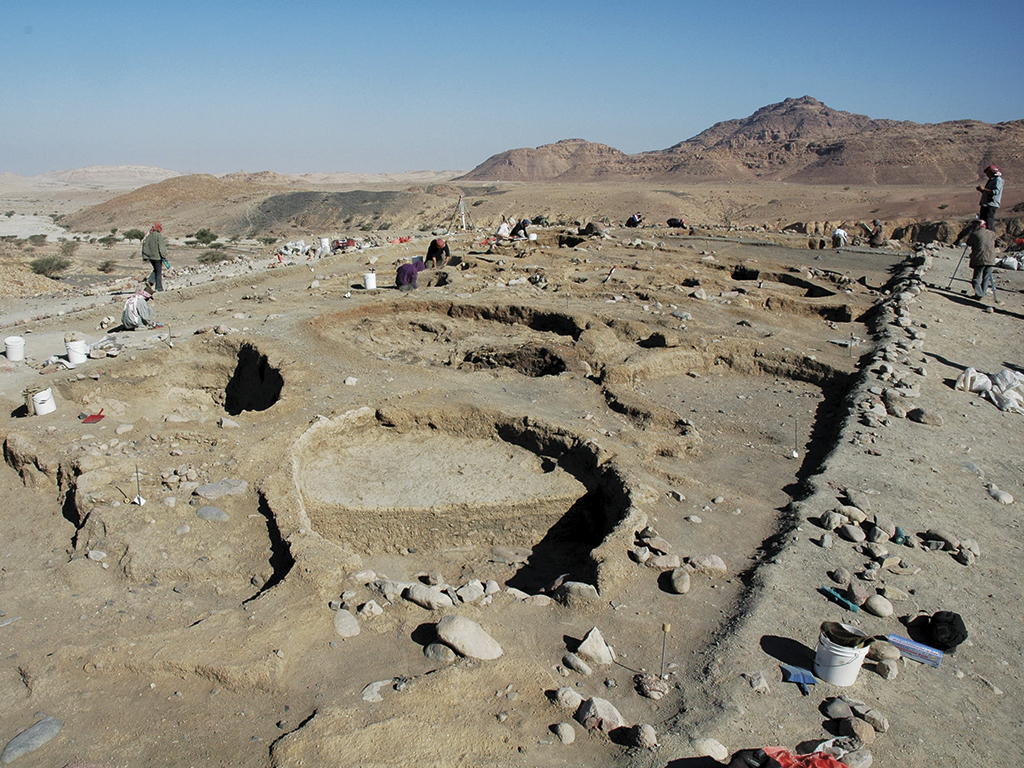 The 2009 excavation at WF16 showing the remains of the semi-subterranean structures, just below the surface of the knoll 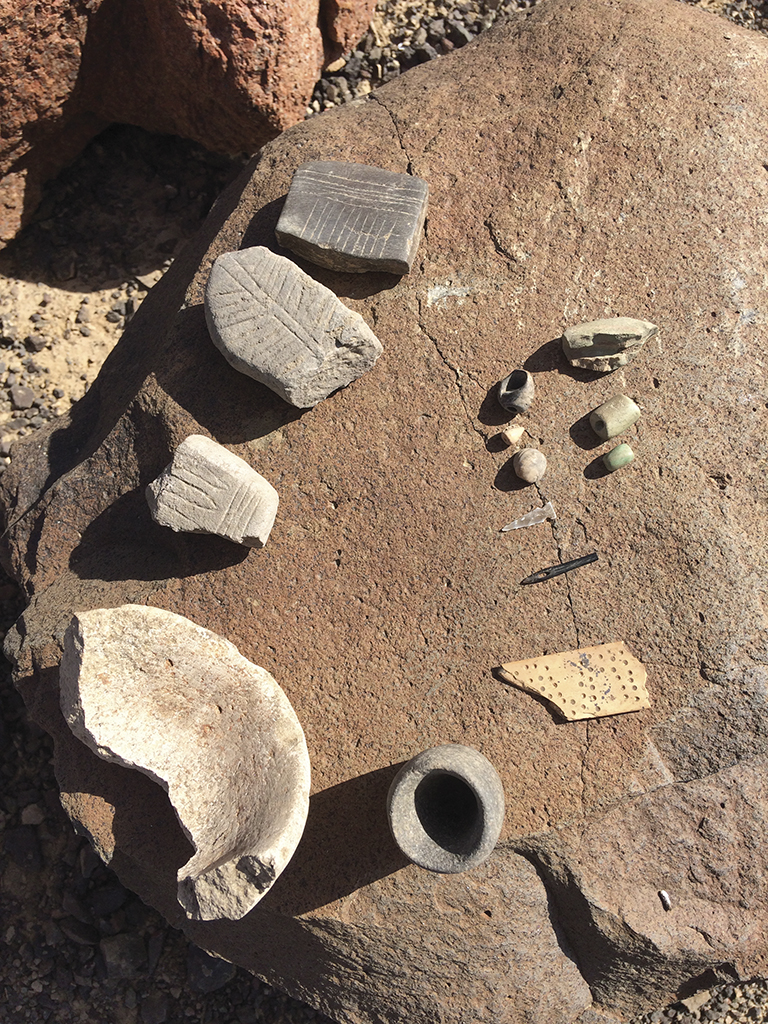 Fragments of a stone bowl, decorated stone and bone plaques, beads, a needle and stone vessel excavated from WF16 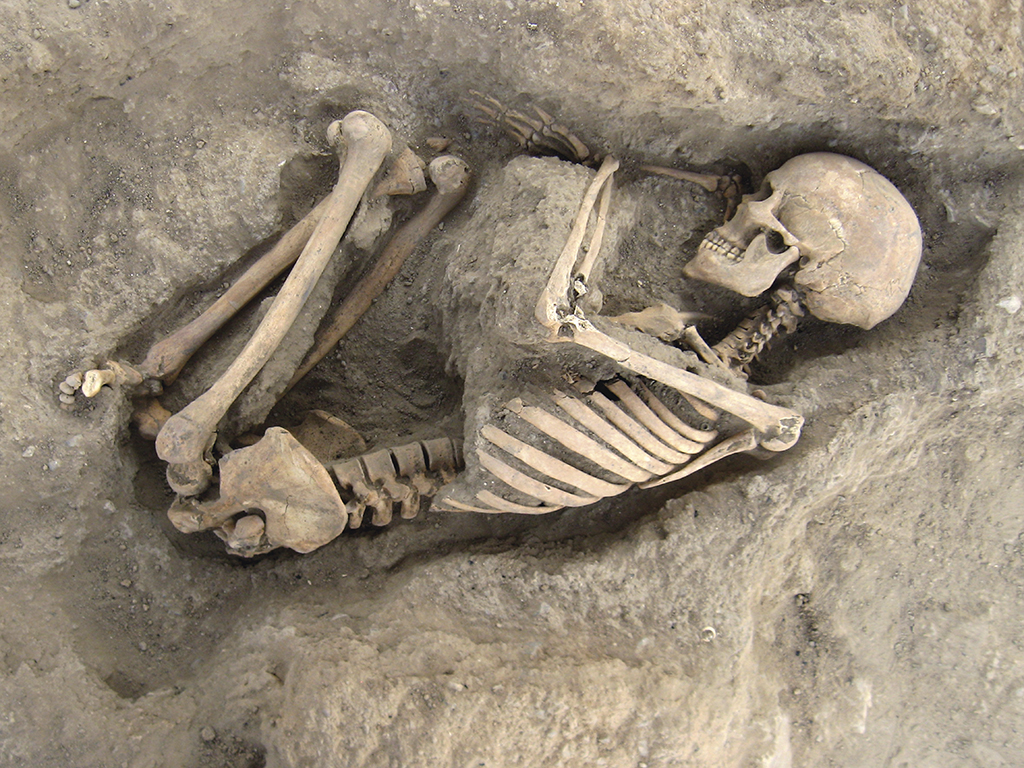 The settlement of WF16 was also a cemetery, with many burials placed below floors and into walls of buildings 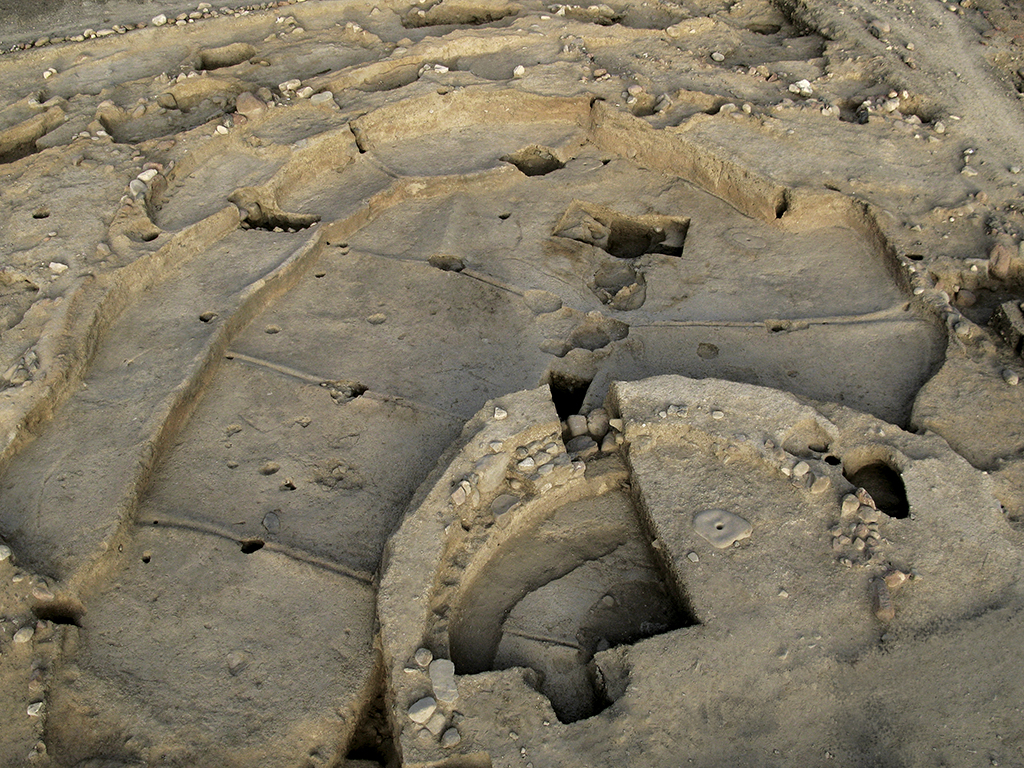 A large amphitheater-like structure was constructed at WF16, most likely for communal activity, perhaps singing, dancing and ritual. A later circular structure with thick walls and massive stone mortars was built within its interior