This reservoir was initially built in the Nabataean period, but continued in use through the Roman and Byzantine periods, and probably up to the Mamluk occupation. With dimensions of 31×22.4m, and 4m deep, the reservoir would have held over 3000m3 of water. The water reached the reservoir via an aqueduct from the springs in Wadi Ghwayr. There is a small settling tank just as the water reaches the reservoir, designed to capture any soil or other heavy contaminants that might have got into the water.

The reservoir most likely provided water for drinking, industrial and agricultural use. The large slag heap to its immediate east is of a later date and hence would not have polluted the water, while a number of small settlements close to the reservoir suggests the area was seen as fit for habitation. 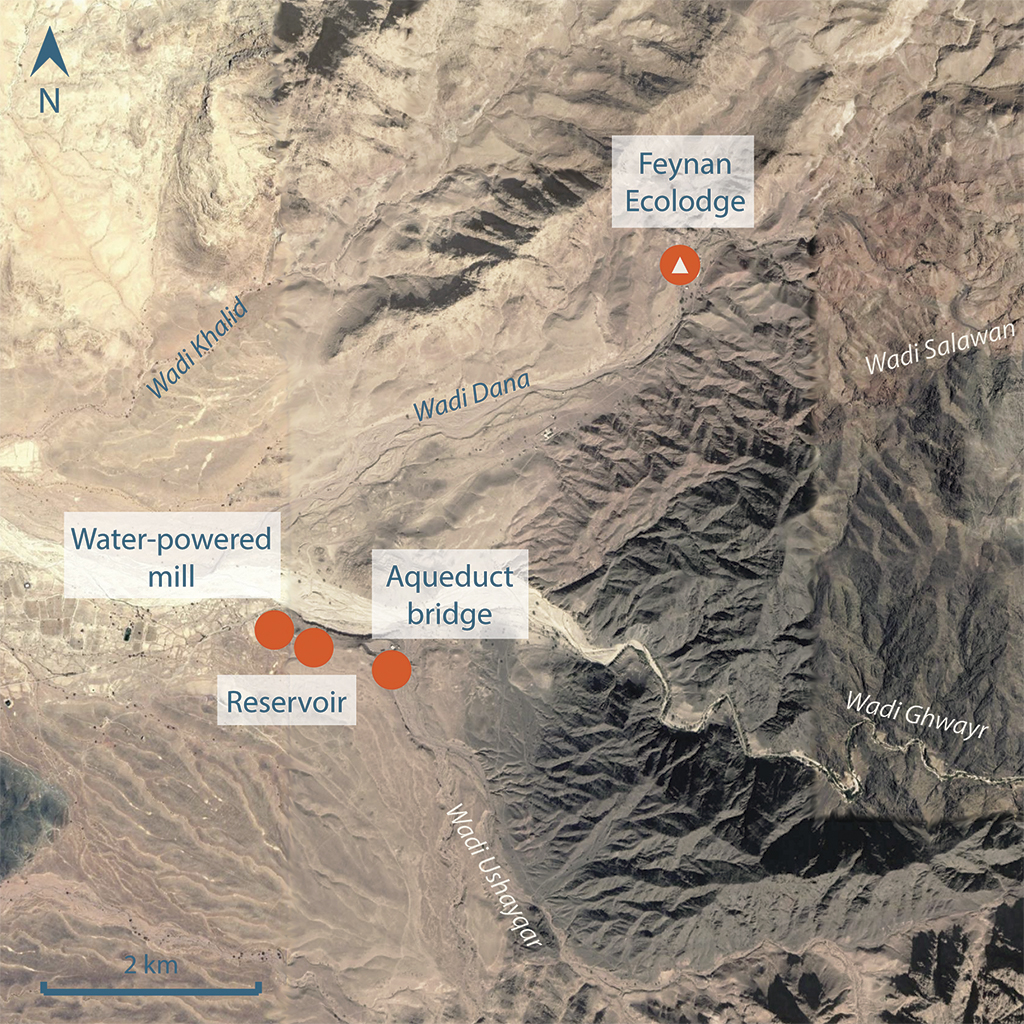 Location of the reservoir 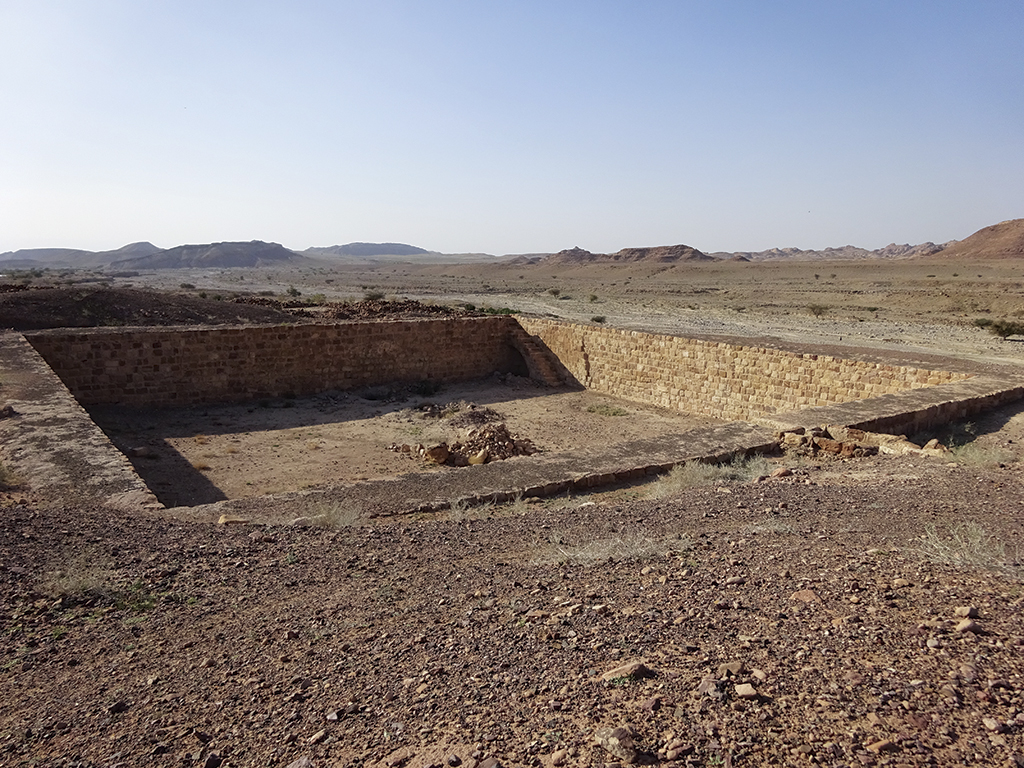