Greigra and Faynan was given its baladiya or municipality status in 1999.

In 2018, during the course of the latest round of Jordanian municipality elections, it gained the status of majles mahaly or local council. At that time, the population of Greigra numbered 4265, while Faynan village had 666 inhabitants. Those still living in tents totalled around 500 people, representing approximately 10 per cent of the population.

From Community to Municipality: the 1990s to the present day

Dana Reserve was established under the management of the Royal Society for the Conservation of Nature (RSCN) by Ministers’ cabinet decree.

The NRA Camp became a shared facility for visitors to the Reserve and a field base for archaeologists in collaboration with the British Institute at Amman for Archaeology and History (now CBRL).

A new local agricultural initiative was established in Faynan to cultivate the south bank of the wadi outside the Reserve, tapping into the waters of Wadi Ghwayr. The main crops grown then and now are tomatoes and watermelon.

The first houses were built in the new Faynan village, with the first school established the following year. The Faynan village community have both an agricultural and a tourism co-operative that now has a camp at the foot of Wadi Ghwayr.

The RSCN Feynan Ecolodge was built, with Ecohotels taking over management of the facility in 2009.

The construction of Faynan Museum began, with the building finally opened in 2018.

The image above shows the new Faynan village school in 2006. Today there are six schools in Greigra and Faynan, reflecting the development and growth of the local community. 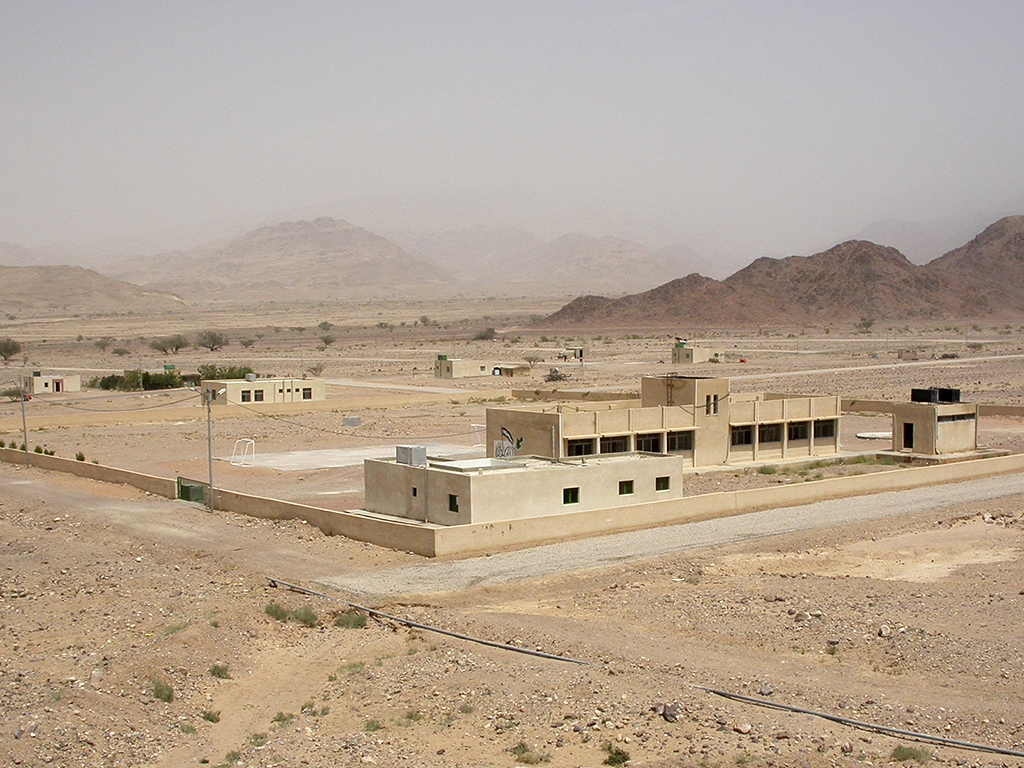 The image above shows the new Faynan village school in 2006. Today there are six schools in Greigra and Faynan, reflecting the development and growth of the local community.