A Pottery Neolithic site, with signs of the earliest copper working in Faynan

The invention of fired clay pottery was key in the development of the Neolithic and farming lifestyles. This enabled people to prepare and cook foods in new ways – mixing ingredients, making softer digestible foods, and fermenting liquids. Clay vessels also provided a powerful new medium for social display and cultural identification.

The first use of pottery in Faynan is found at the Neolithic settlement of Tell Wadi Feinan, located in the centre of the wadi and now much destroyed by flash floods. This was occupied between 8,500 and 7,000 years ago by people who grew cereals and herded domestic goats and sheep, although direct evidence for their subsistence has not survived. Excavation has revealed rectangular boulder-walled buildings with beaten clay floors.

Tell Wadi Feinan dates to the end of the Neolithic, and the start of the Chalcolithic, or copper age. A few pieces of copper ore were recovered from Tell Wadi Feinan. It appears that people were collecting lumps of surface copper from the adjacent hills, hammering them into shapes and exploring how to transform them by heating. The high concentrations of copper and lead found within the late Neolithic sediments suggests that people were beginning to deliberately heat metal-rich ores, presumably to extract their metal content. 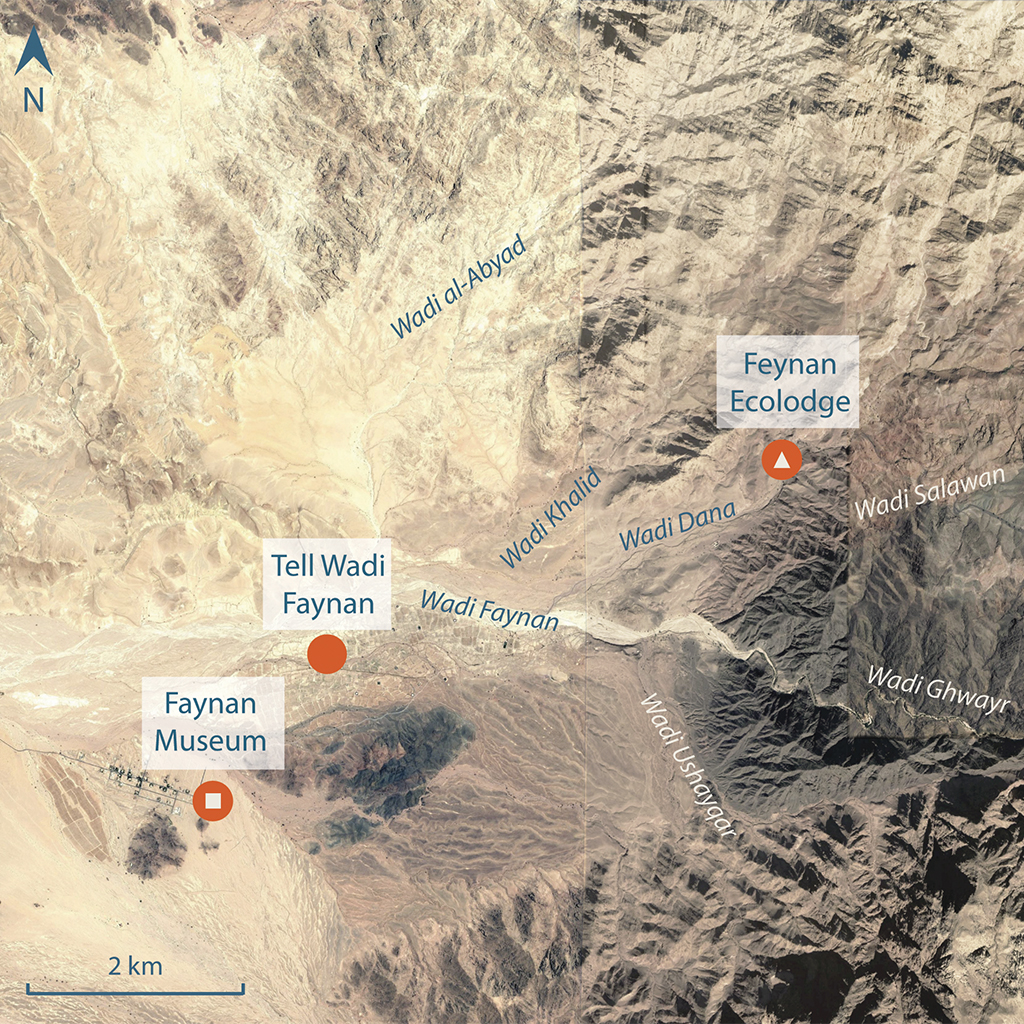 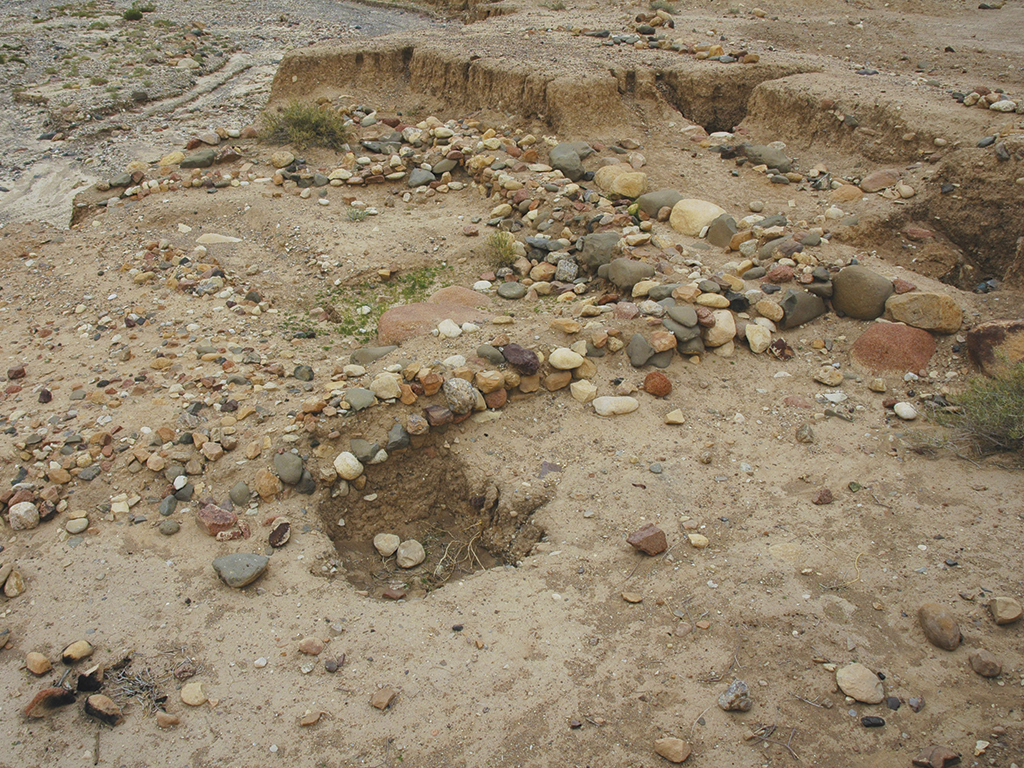 The remnants of walls and floors at Tell Wadi Feinan