Pastoral settlements away from the Wadi Faynan Channel – WF797

On the higher land to the north of the wadi channel there are several Early Bronze Age pastoral settlements, such as those found at WF797.

These primarily consist of enclosures and pens for containing animals, with few traces of dwellings remaining. These may have been used seasonally, with Early Bronze Age herders taking their animals to the best pastures. They vary in their size and complexity, with the range of pottery present indicating that some may have been in use throughout the entire Bronze Age. 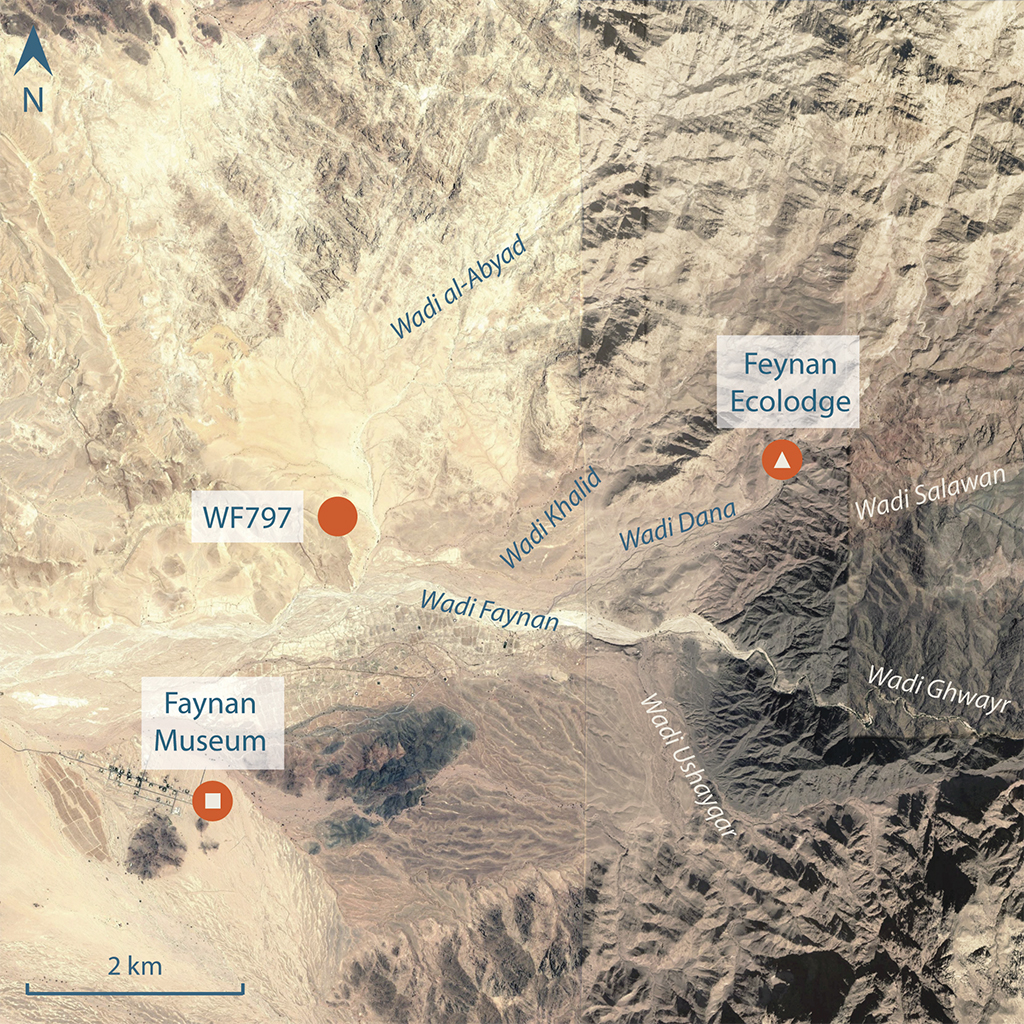