Bedouin, Baku (or Beau), desert, steppe, or ‘open country’ dwellers, are prominent figures in the imagery of the Middle East and modern Jordan.

The people living in Faynan today are Bedouin, though most now have settled and are no longer nomadic. Bedouin are members of tribes, inherited through the male line. Historically, Bedouin have constantly adapted to social, economic and political changes in their local environment and the wider world, and no more so than in the last 100 years.

Transjordan established under the rule of Amir Abdullah, second son of Sharif Hussein of Mecca, as part of the British Mandated territories.

As a result of war, a sizeable population of Palestinian refugees fled to Jordan, including Bedouin from Negev. The long-standing previous west-east social, political and economic networks, including access to Mediterranean ports, were disrupted.

Greigra village was founded in 1976, and the first school was established in Faynan. Sharif Nasser bin Jamie helped to establish settlement and local agricultural projects in the region that continue to this day.

The Natural Resources Authority (NRA) camp was established in Faynan, now the site of the Faynan Ecolodge, and the track leading to it was cleared. The region’s ancient copper mines were re-examined for their modern economic potential, although this was not thought sufficient at that time to justify further exploitation.

The existence of a camp and navigable tracks opened the way for archaeologists to begin detailed investigations of the region.

The first school for the tented community that grew up around the NRA camp was built in 1989. 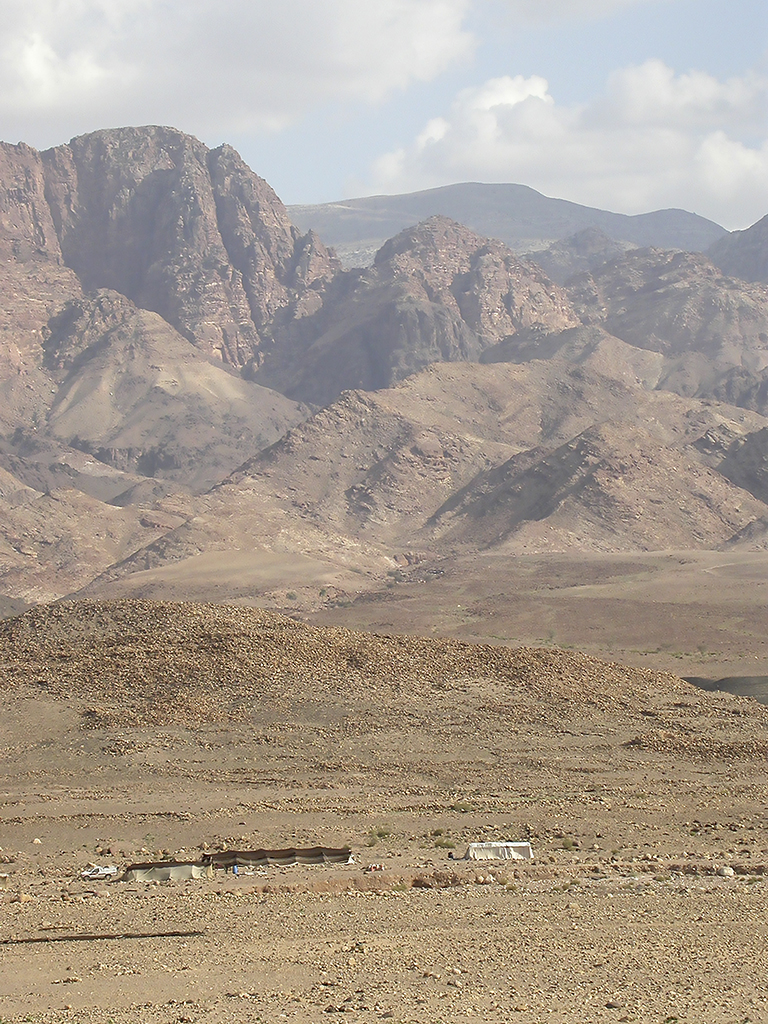