Tristram’s Starlings can be seen along the Dead Sea and in southern Jordan, where they inhabit rocky hills and ravines, but they also roam more widely and often reach towns and villages in search of food.

Their characteristic orange stripe and noisy call make them easy to identify in Wadi Faynan. The bird is named after Henry Baker Tristram, a founder and original member of the British Ornithologists’ Union. The Bedouin of Wadi Faynan note the bird’s taste for fruit, particularly for figs, dates, and olives. Tristram’s Starlings can often be seen perching on top of camels or donkeys, where they will remove ticks from the skin of the animal. 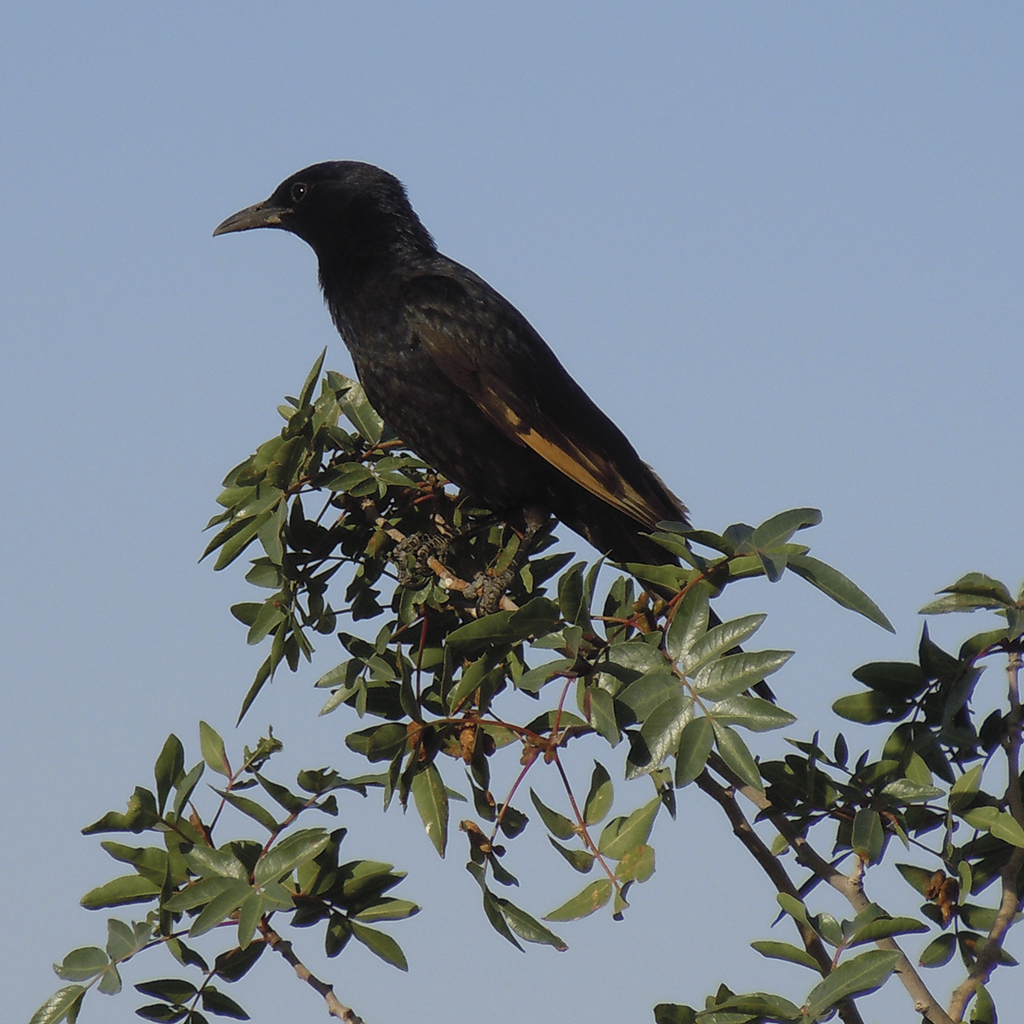