The Syrian Serin is almost completely restricted to Al-Barrah in the Dana Biosphere Reserve and to the Lebanon and anti-Lebanon mountains. The bird usually inhabits open woodland and bushy slopes, but in its non-breeding season it will disperse to lower levels of acacia trees and scrubs in desert and semi-desert habitats. This dispersal occurs between September and November, with the birds returning in February or March. It is during this dispersal that the birds can be seen in Wadi Faynan region, mostly in the higher parts of Wadi Dana.

The Syrian Serin is currently a vulnerable species and may already be endangered. This is partly due to a population decrease during a severe drought in 1998–1999, but has since been made worse through tree-cutting, grazing, and water abstraction in their habitats. The Syrian Civil War has also had an impact on their population. 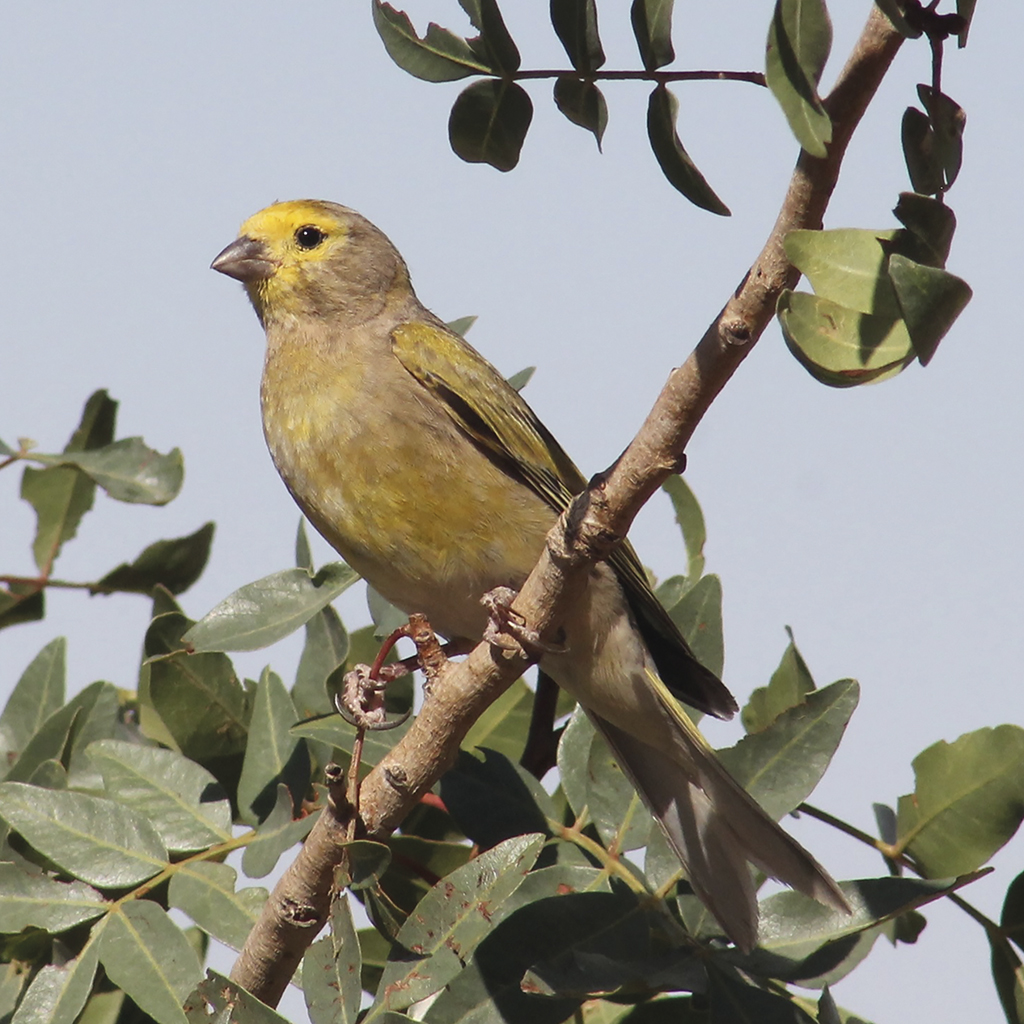