The Striolated Bunting tends to inhabit arid and rocky areas with some scrubland. It has a large range, spreading from Pakistan and Iran into East Africa.

They breed on rocky slopes in Wadi Faynan and Wadi Dana, but often come to the irrigated fields in the flatter areas to drink. Usually, they nest within the holes of rock faces, and feed mostly on grasses and will sometimes remove whole seed-heads at once, slowly feeding on the individual grains once they have brought it to the ground. They can be located by the song of males echoing against the rock faces, and resembling those of Eurasian Chaffinches. 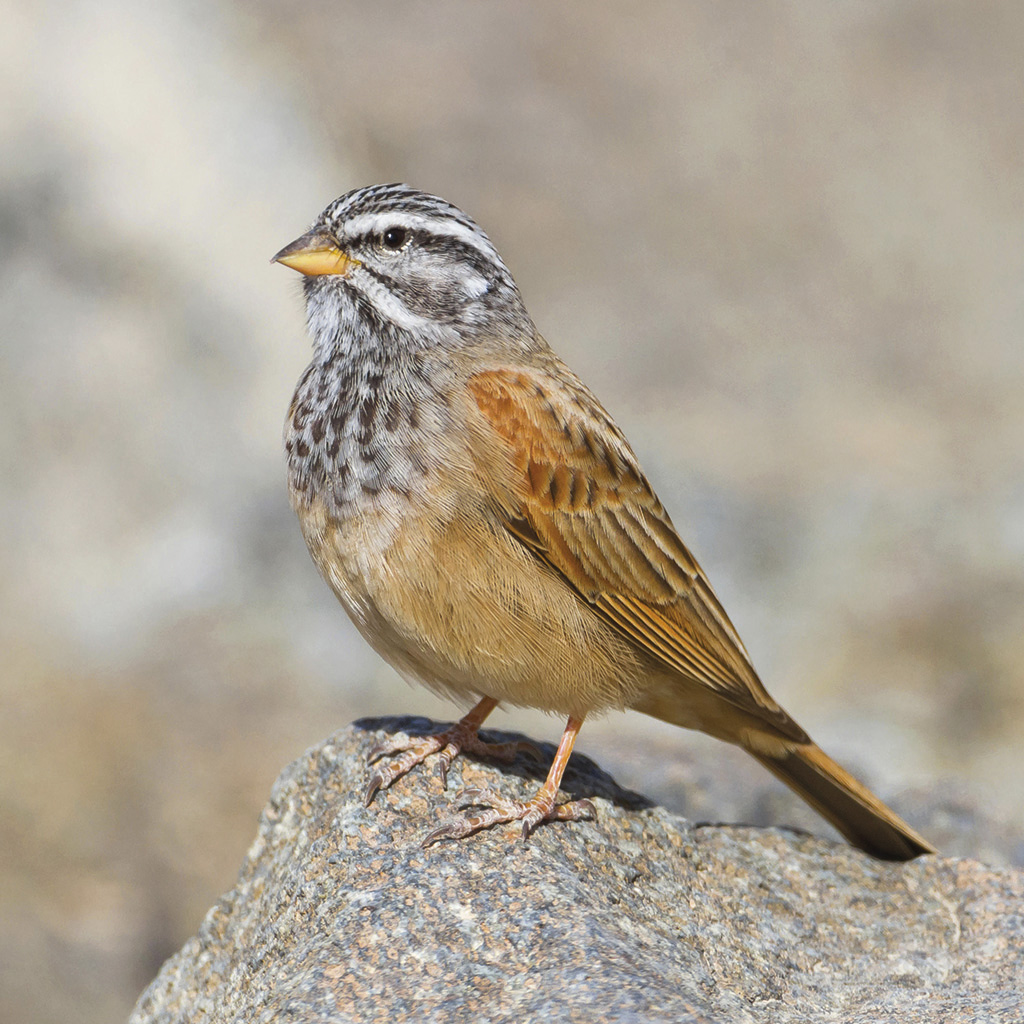