The Sparrowhawk usually inhabits forests and occasionally more open woodland and urban parks. It is seen in Wadi Faynan as both a winter visitor and a passage migrant. Its migratory periods are between July and November and again between March and June.

The Sparrowhawk hunts quite stealthily, attempting to surprise its prey. It will often make short flights between concealed perches to remain hidden. Whilst the Sparrowhawk is used within falconry in other parts of the world, it is not one of the usual species used within Arabic falconry. Although a bird of prey, the Sparrowhawk has its own predators, including the Peregrine Falcon. 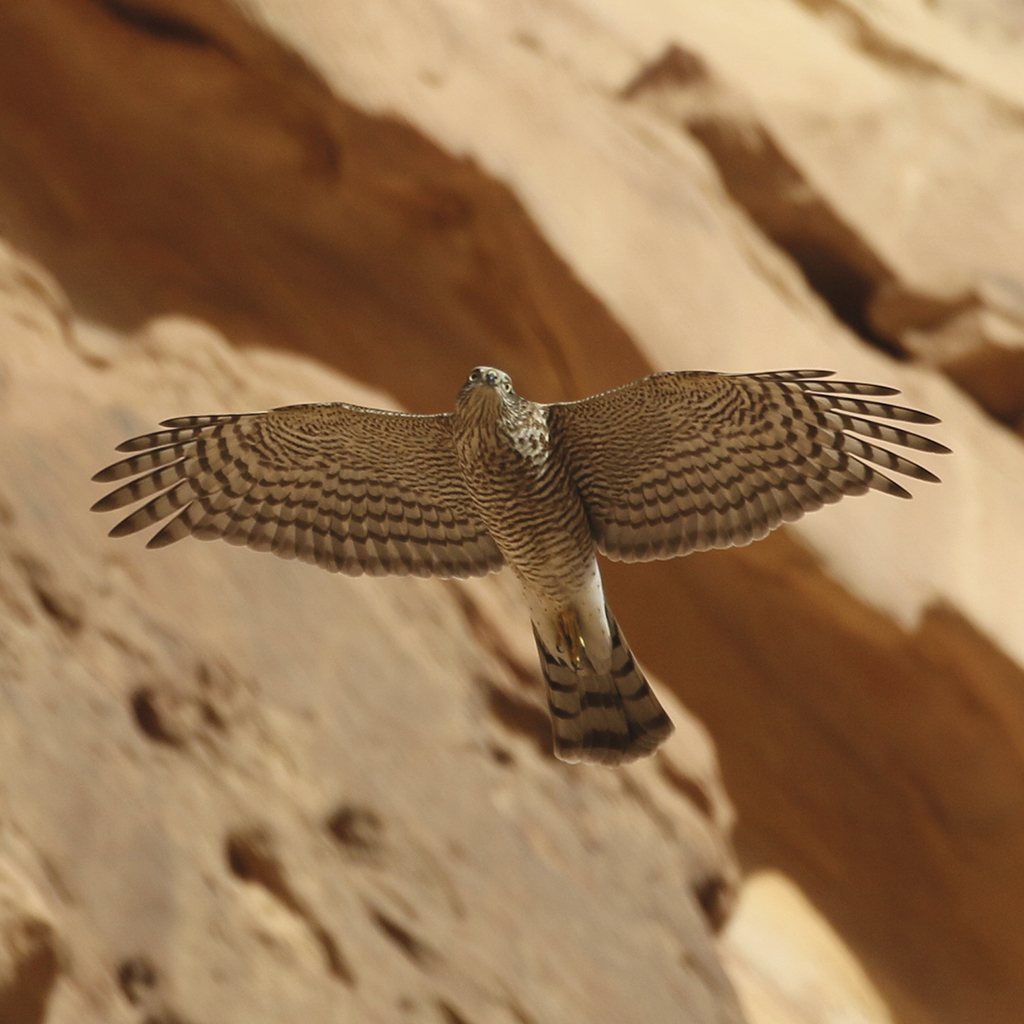