The Sinai Rosefinch inhabits dry barren and treeless mountains, the edges of stony and rocky deserts, as well as wadis and foothills with almost no vegetation – hence its discovery in the Sinai. It usually occurs in small groups, which travel large distances in search of water. It feeds on the ground and can often be overlooked, due to its quiet nature.

The Sinai Rosefinch is the national bird of Jordan. It was chosen because of its colour, which is believed to be similar to the red sandstone of Petra. It was also chosen because it inhabits a large amount of the Jordanian desert, including the more barren sections of Wadi Faynan. 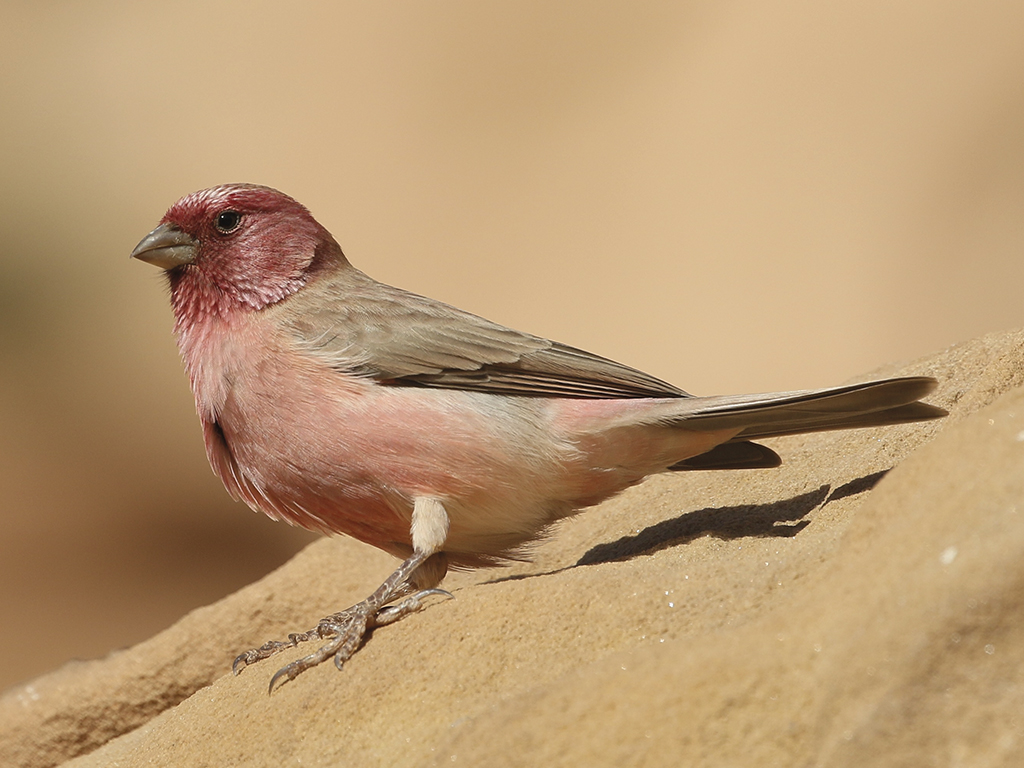