The Scrub Warbler has a special position as formerly the only bird within its scientific family group – Scotocercidae. It is only found in Africa and south-western Asia and inhabits barren and stony hillsides in semi-deserts or sandy plains, usually with low scrub.

Due to its distinctive appearance and loud calls despite its small size, and because it is a typical bird of the desert scrub in Jordan, it was selected as the logo for the Jordan BirdWatch Association. Within Wadi Faynan, the bird is most likely to be seen amongst the slopes of the wadi-sides, particularly in dry scrub and the dense saxaul shrubs growing locally on the sandy plains. The Scrub Warbler builds domed nests on the ground under a dense dwarf shrub or bush. The nest has one or two side entrances and if there are two, one is only ever used as an exit. 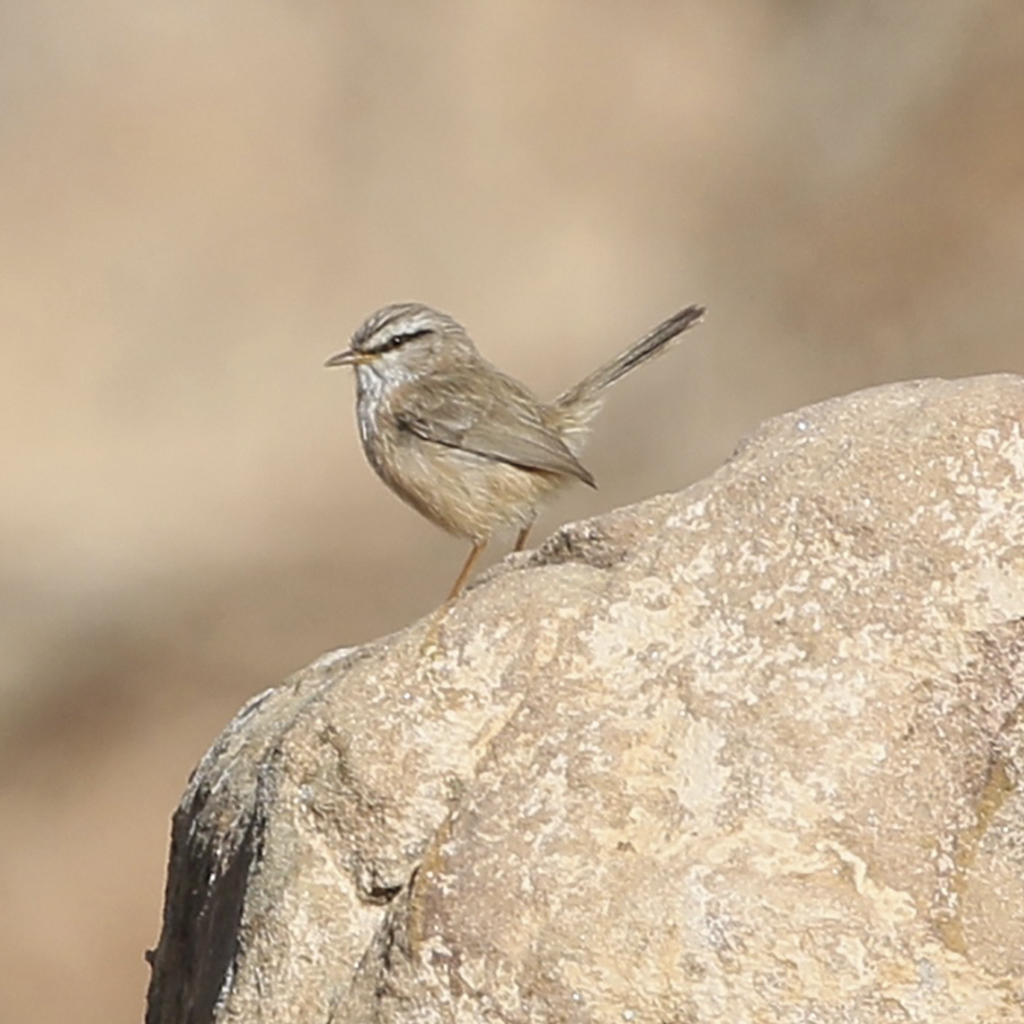