The Little Owl thrives in several different habitats. It is at home in cultivated regions, rocky semi-desert, sandy deserts with outcrops, as well as open country dotted with trees. In Wadi Faynan it can usually be found within holes in the cliffs at dawn or dusk or hunting its prey by night.

The Wadi Faynan Bedouin also have a story concerning the owl meeting King Solomon. The owl is the last to arrive to a conference of birds called by Solomon, who then asks the bird why he has arrived late and forces him to answer three riddles. In answering correctly, the owl demonstrates its vast wisdom, which explains why its head is larger than other birds. 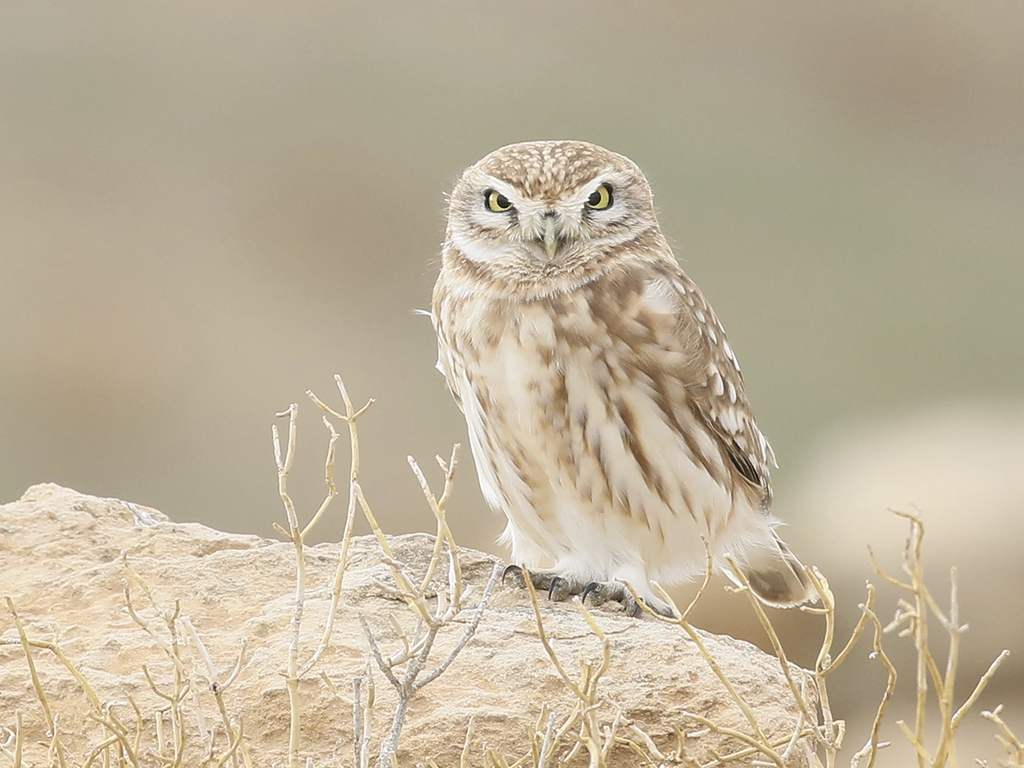