Like the Collared Dove, the Laughing Dove feels at home in areas around settlements, such as the villages, gardens, and agricultural areas of Wadi Faynan. Their distinctive calls are often heard in the trees near the Faynan Ecolodge and gives them their name because it is meant to resemble a person’s laugh.

Wild doves are regularly hunted in Jordan, either by shooting or with snares and are among the most hunted birds in the country, along with the Chukar Partridge, Sand Partridge, and Common Quail. One traditional saying within the region is that the dove’s laughing is directed at those who are unsuccessful at hunting it. 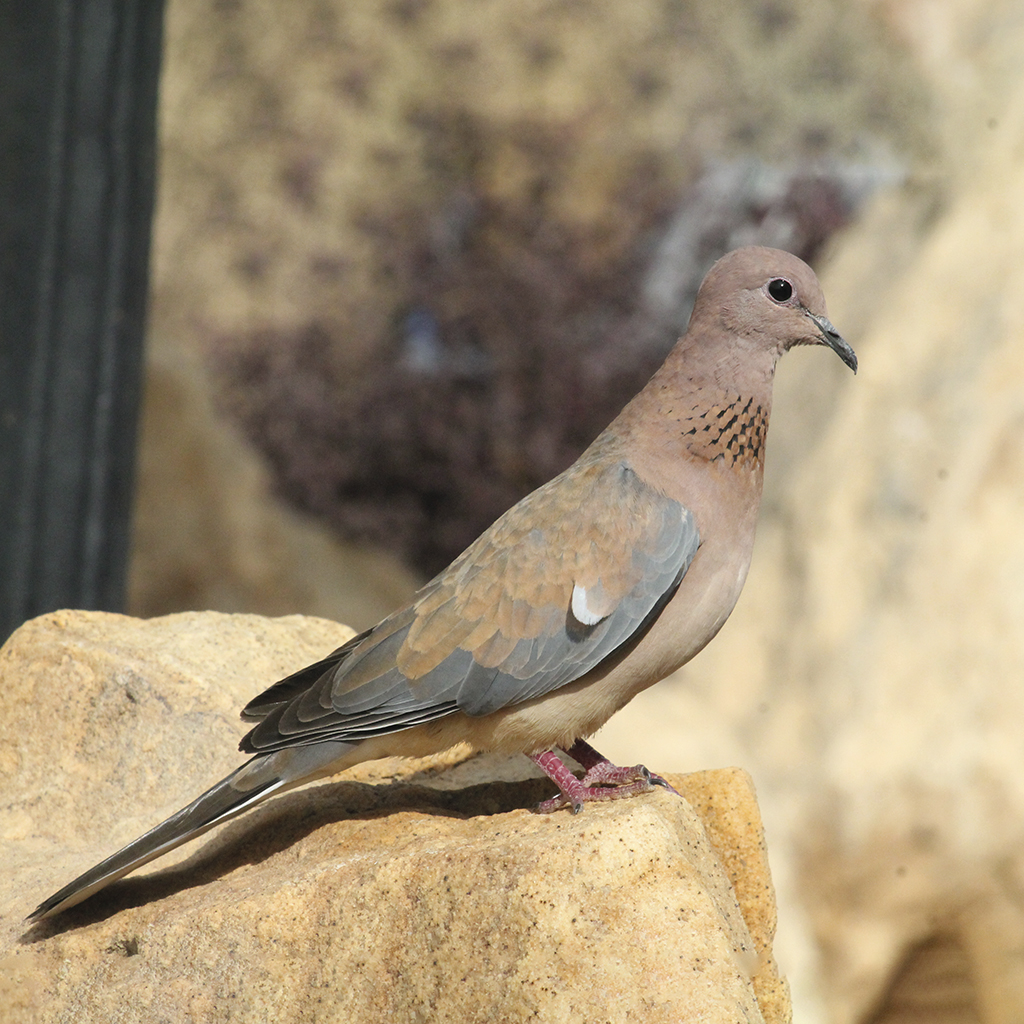