Until recently, the Houbara Bustard was extinct in Jordan. This was caused by a combination of habitat destruction and over-hunting.

Recently, however, reintroduction programmes in Jordan have begun to re-establish the bird in its traditional habitats of large arid plains. Some of these efforts have occurred in the Wadi Araba near Wadi Faynan. Whilst the extinction of the bird was due to over-hunting, based primarily on the introduction of automobiles and shotguns, the Houbara appears to have been sustainably hunted in the region for thousands of years. In the Neolithic excavations of WF16, archaeologists have uncovered various Houbara remains dating to between 12,000 and 10,000 years ago. 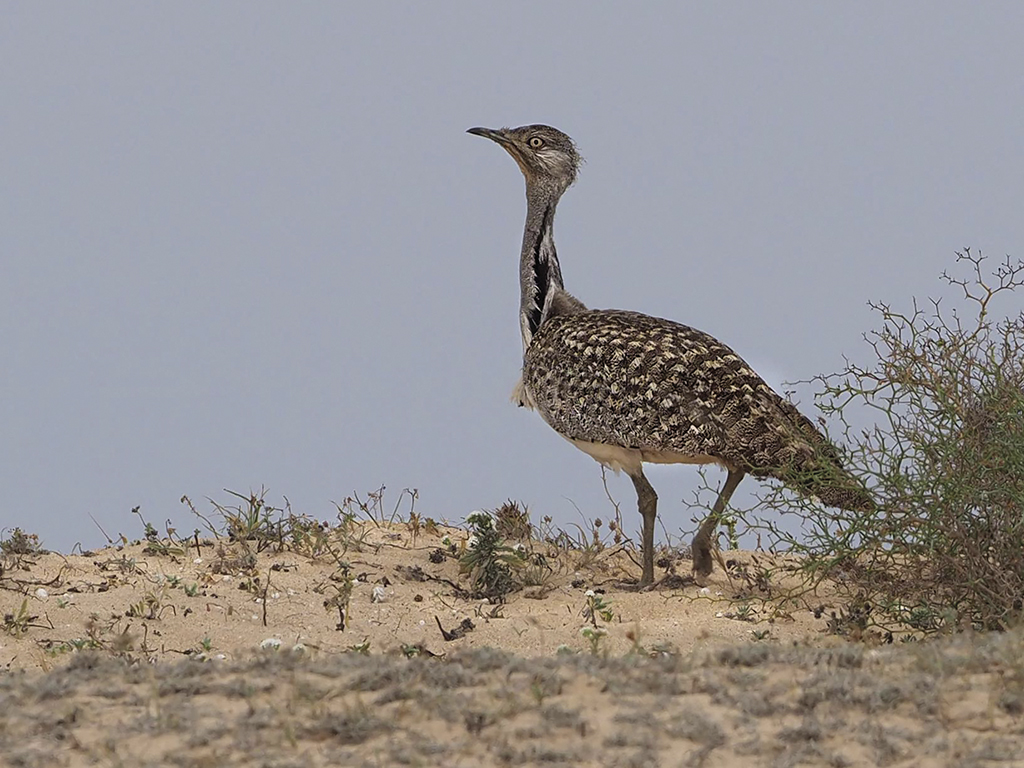