The Hoopoe is usually found in woodland or olive and palm groves but is also occasionally seen in more open areas. Within Jordan, it typically occurs in open steppe or agricultural land. In Wadi Faynan, it is usually spotted on the ground, where it spends most of its time, and is regarded as a sign of the coming spring.

The Hoopoe also has the distinction of being one of the few birds mentioned in the Qur’an, which says it is intelligent, smart, knows and worships its creator and communicated with King Solomon. Some Wadi Faynan Bedouin also see the Hoopoe as a symbol of marital fidelity. 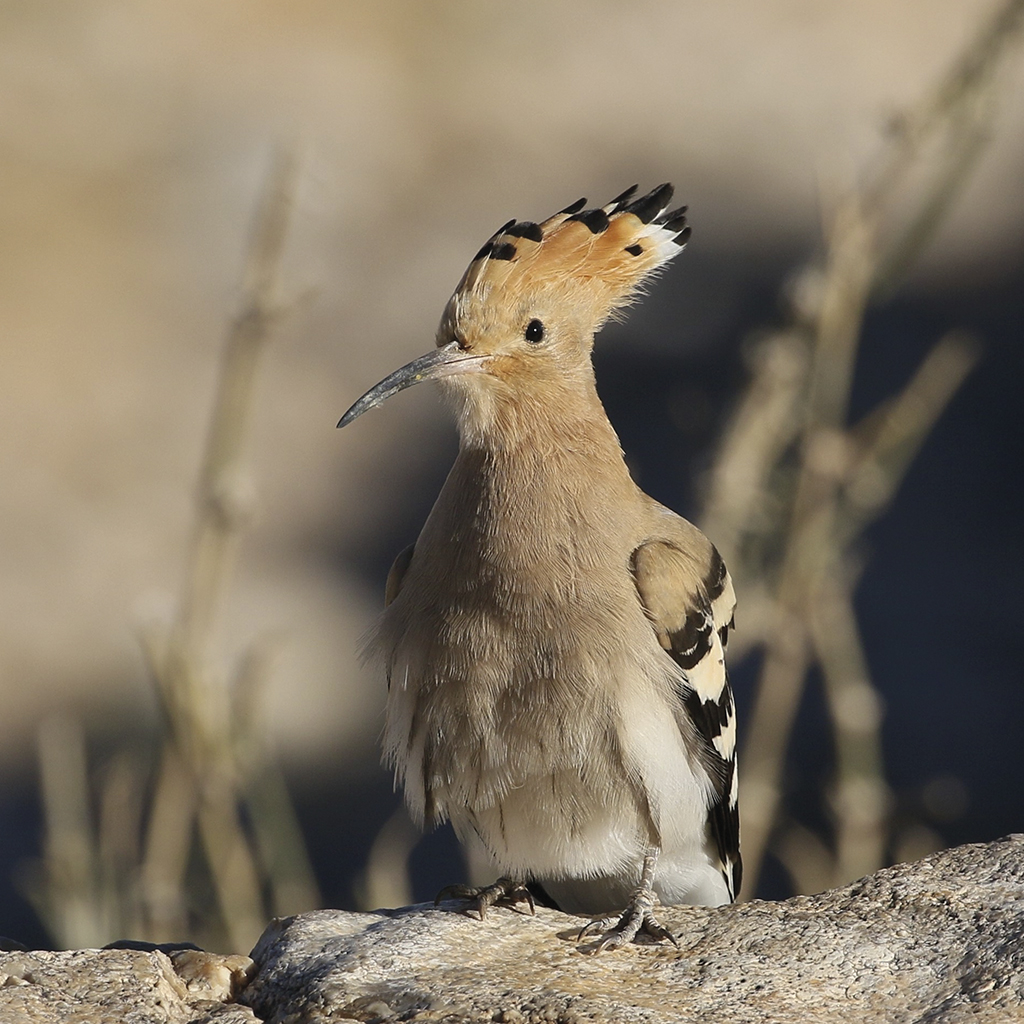