The Hooded Crow tends to prefer open country with lush areas of cultivation and avoids more arid conditions. It can also be found in more settled areas, such as parks or even city centres. It is migratory in parts of its range, but is a resident breeder in the northwest regions of Jordan.

Several bones from the Hooded Crow were found at the WF16 Neolithic settlement, which indicate it may have bred even further south between 12,000 and 10,000 years ago. One of the biggest markers of the intelligence of corvids, such as the Hooded Crow, is that they exhibit complex play behaviour. It is said that they will often play tricks on other species, even when there is nothing to gain, suggesting a higher intelligence than other birds, probably because of their relatively large brains when compared to their body size. 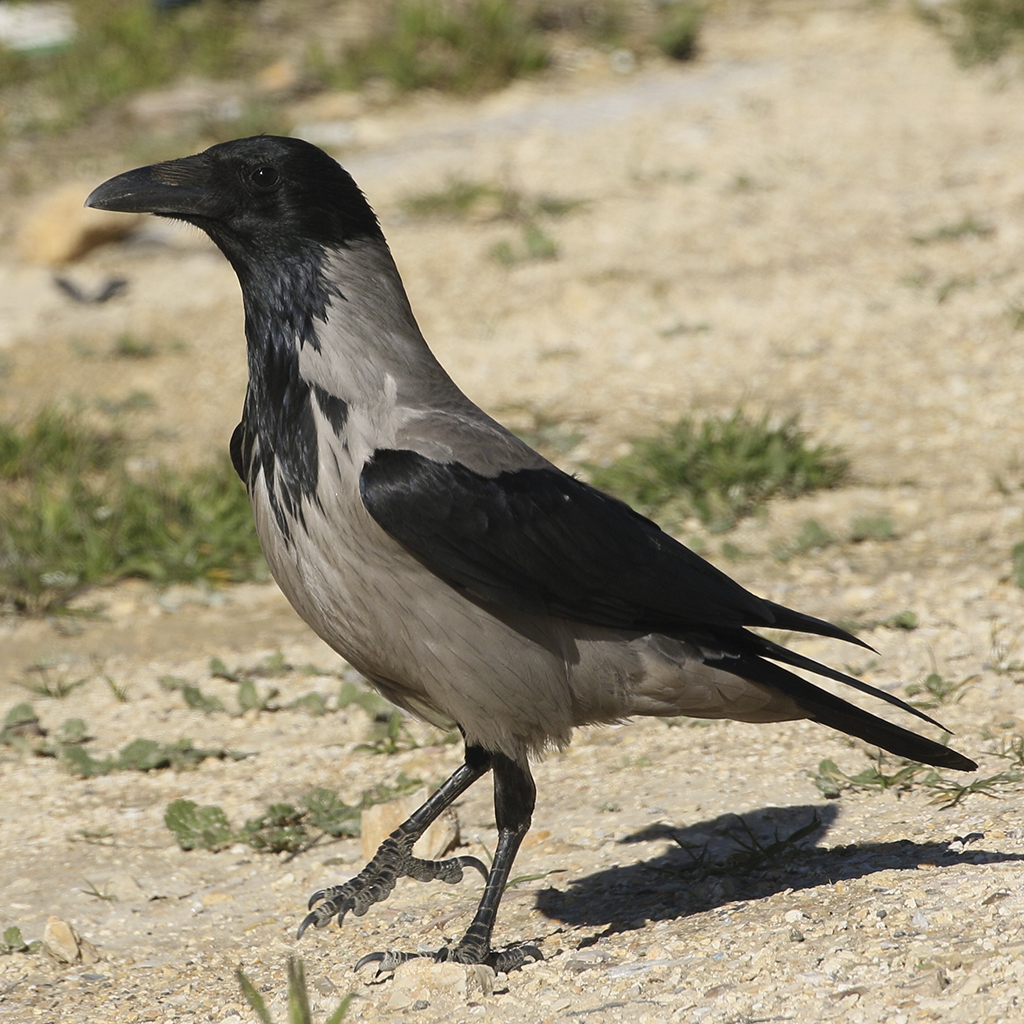