The Honey Buzzard’s usual habitat is woodland, which means it visits Wadi Faynan as a passage migrant. It will gather together in flocks to migrate, resulting in large numbers at favoured crossing points. Its peak autumn migration seasons are from August to September, and in spring from April to June.

The Honey Buzzard feeds mainly on honey-producing insects, like wasps and hornets, sometimes digging out honeycomb from hives and feeding it to its young, although when migrating over Jordan, they will only stop to drink and not feed. Both buzzards and vultures feature in traditional Bedouin poetry, and even in the poetry from the pre-Islamic period, where they can be seen circling and feeding on the corpses of enemies defeated in battle. 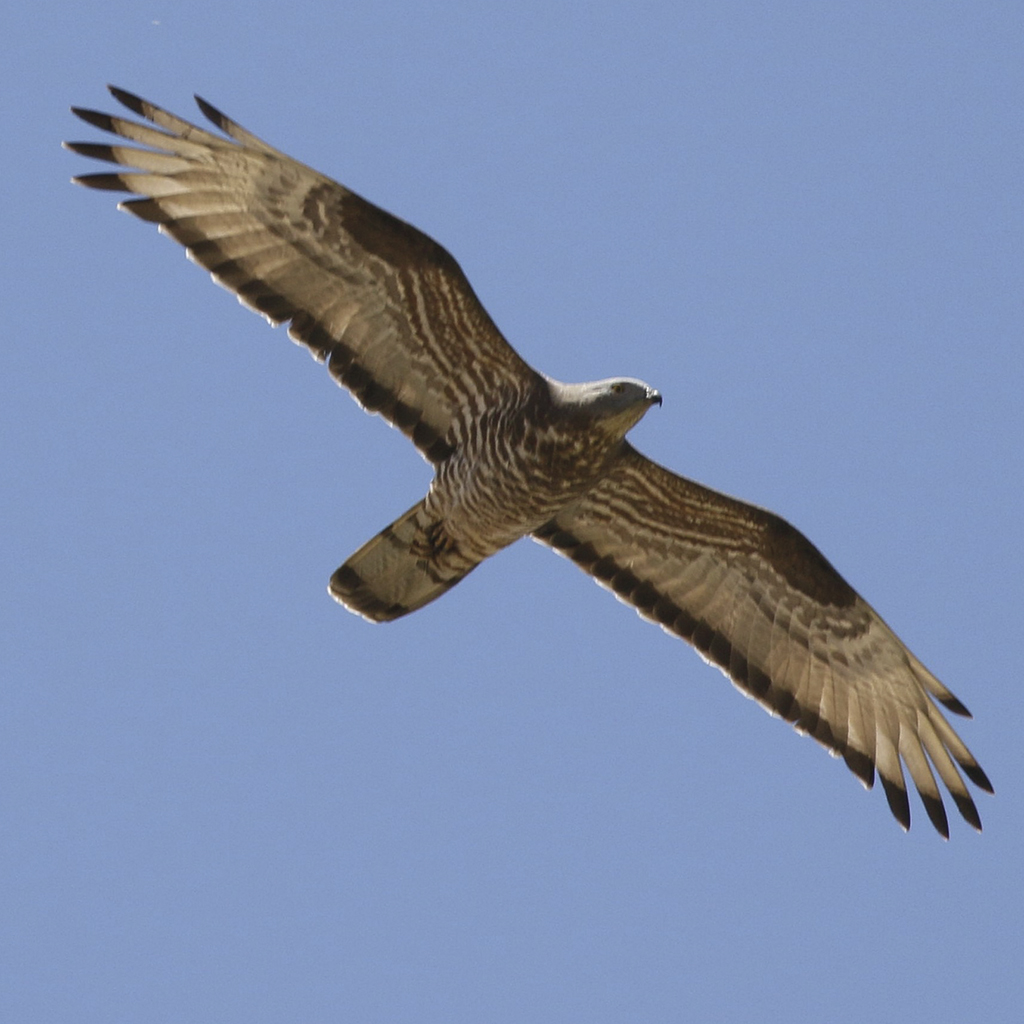