The Greater Spotted Eagle is usually found in wetland habitats. As a passage migrant in Wadi Faynan, it is seen during its journey south in October and November and its return journey north in February and March.

Due to various causes such as habitat destruction, poaching, electrocution on power lines, and interbreeding with the Lesser Spotted Eagle, the Greater Spotted Eagle is now a vulnerable species. Eagles feature in the mosaics of several Byzantine churches within Jordan, including the Church of the Deacon Thomas in the ‘Uyun Musa valley and the Chapel of Suwayfiyah in Amman, all dating to around 1,500 years ago. Eagles symbolised many different things to the Christian population of this period, including Christ, the angels, resurrection, and renewal. Some of this is connected to its appearance in Psalm 103, which states ‘your youth will be renewed like the eagle’s’. 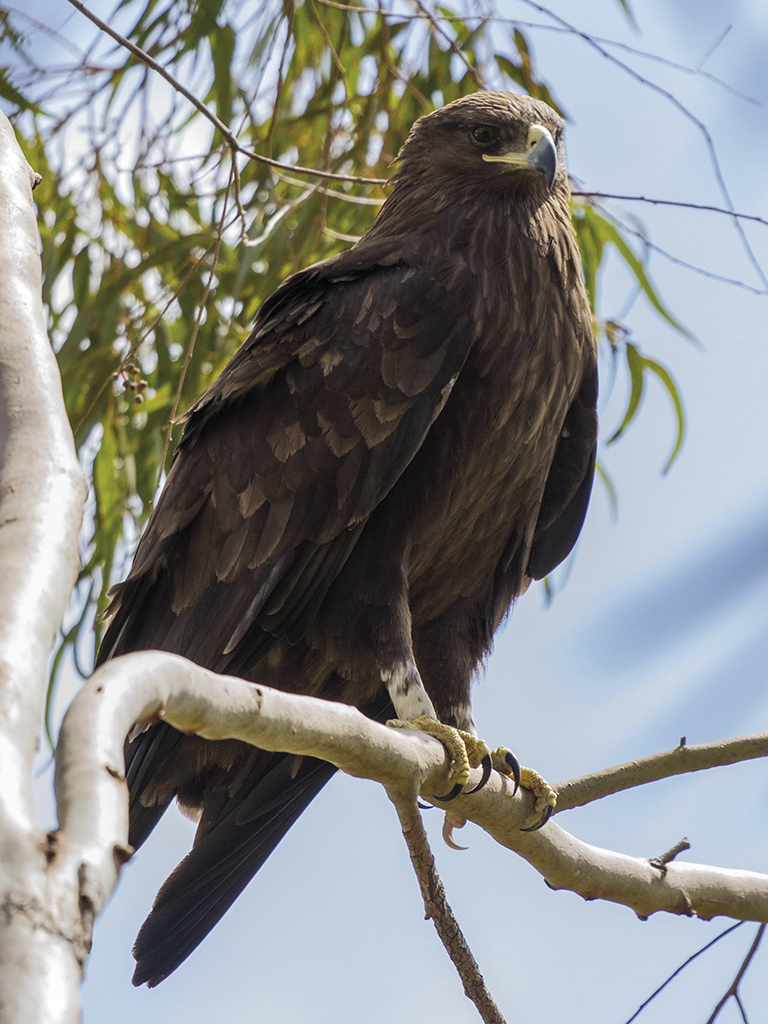