The Eurasian Wigeon usually inhabits freshwater marshes and lakes. It is migratory and winters in coastal bays and other sheltered marine habitats.

Four bones of the Eurasian Wigeon were discovered at the WF16 excavations, so its southerly migration route may have passed over Wadi Faynan between 12,000 and 10,000 years ago. Pouring vessels in the form of waterfowl have been found at various archaeological sites in the region, many dated to the Bronze Age between 4,500 and 3,200 years ago. One example, from Jericho, displays a waterfowl with snakes wrapped around its neck and can be seen in the Jordan Archaeological Museum on the Citadel of Amman. 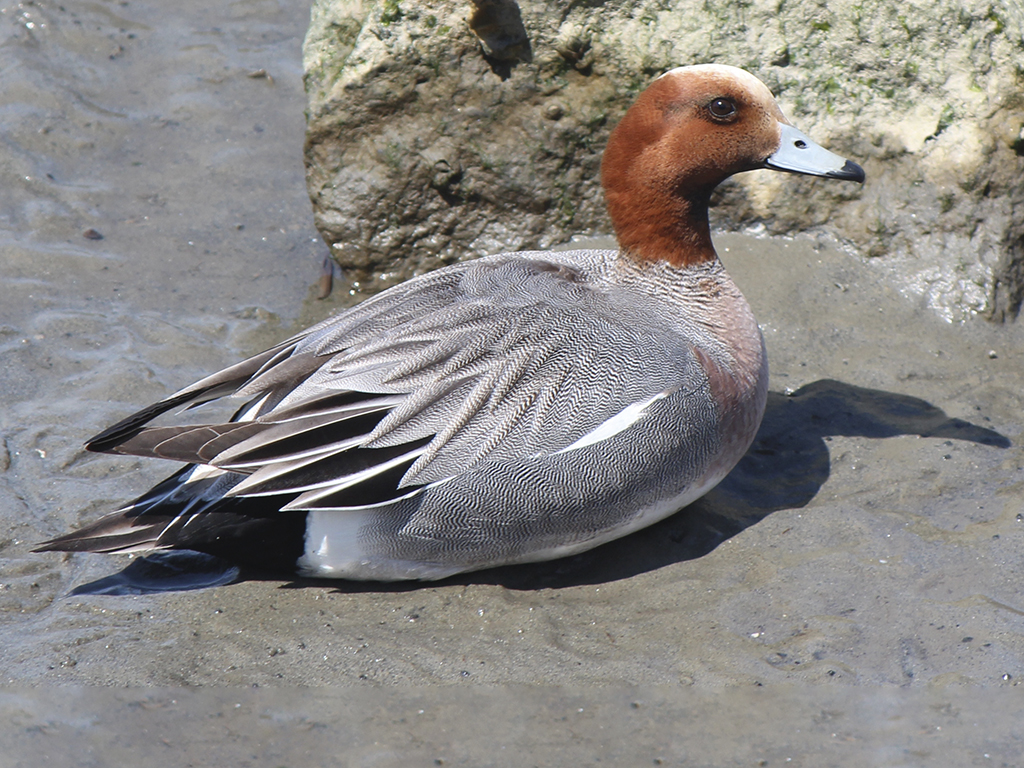