The Egyptian Vulture stands out from other vultures due to its white plumage. It can often be found in flocks in its usual habitat of mountains, wadis, and open country. It migrates south in September and October and returns north in February and March. A few visit Wadi Faynan in the summer, but do not breed there.

The Egyptian Vulture is quite well-known in Wadi Faynan, where it is believed that hedgehogs will unfurl themselves for the vulture to eat. The Egyptian Vulture is now an endangered species, with only around 1,000 pairs left in the whole of the Middle East. This is due to several factors, including habitat destruction and both accidental and intentional poisoning through the carcasses it feeds upon. 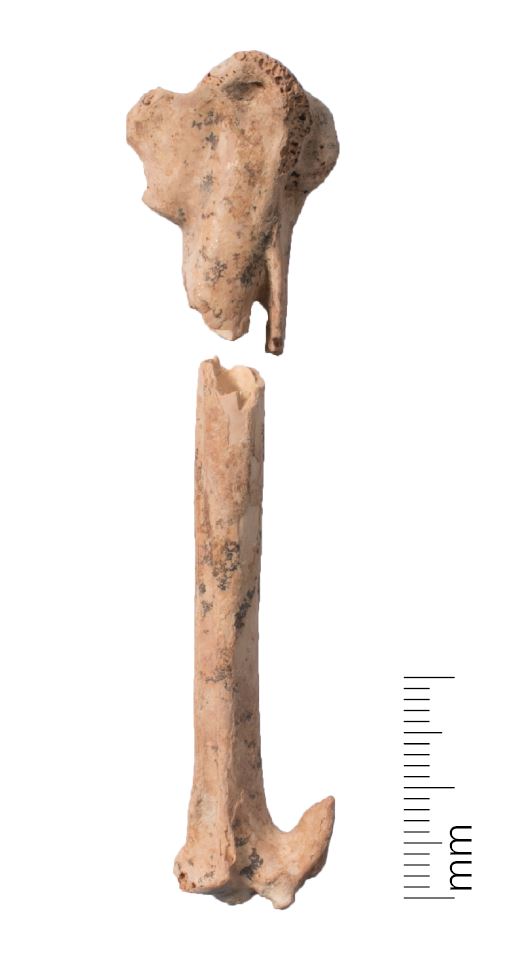 A wing bone of an Egyptian Vulture found at WF16 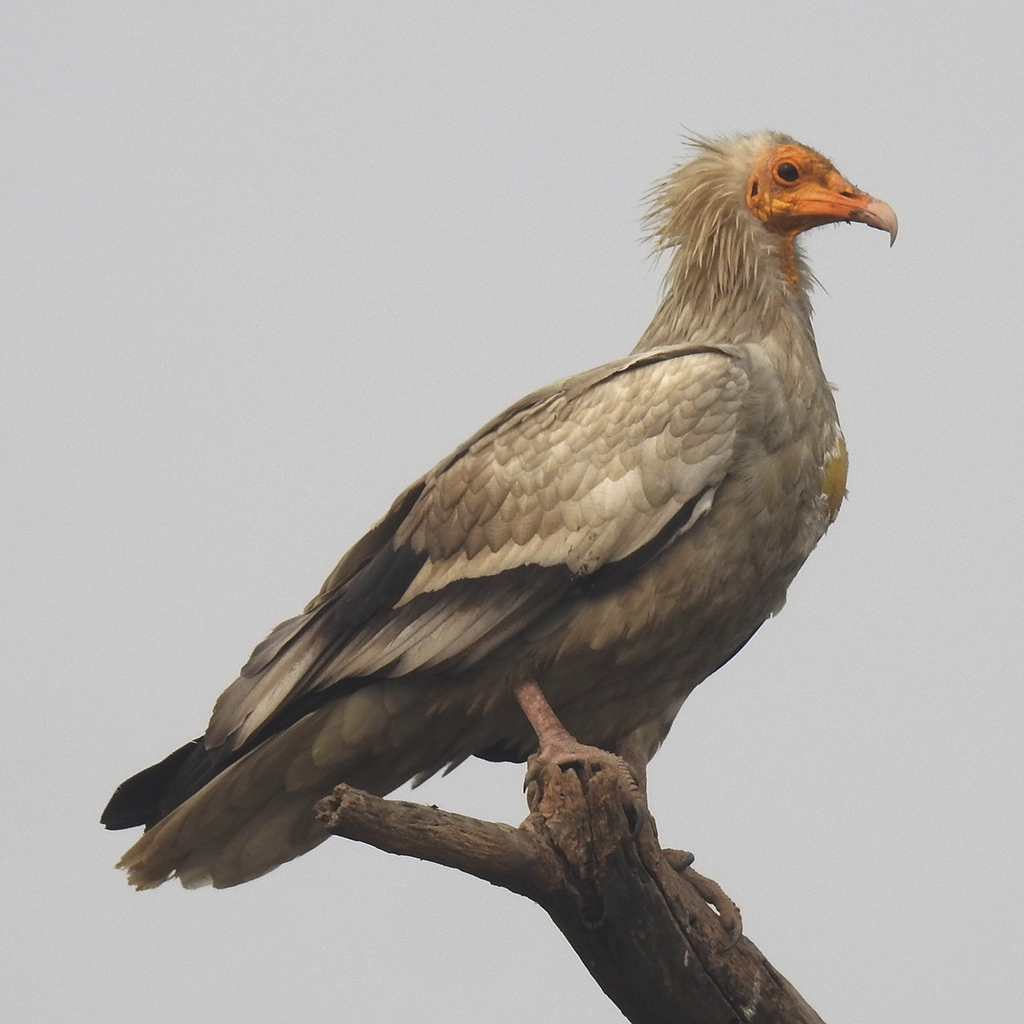