The Imperial Eagle inhabits both wooded foothills and open plains, occasionally venturing into scrubby desert or semi-desert during the winter. It very occasionally passes over Wadi Faynan during its migration south between September and November and its return journey north between February and May.

This eagle may also come to Wadi Faynan as a winter visitor, possibly once every two years. The Imperial Eagle is a vulnerable species because intense forestry is threatening its breeding range in Europe. While the eagle played an important role in the indigenous cultures of Jordan, it was also the symbol of the invading Roman legions. At the front of their army, the Romans held a military standard in the shape of an eagle, which was a symbol of their empire. Roman soldiers were once present in Wadi Faynan to help guard the copper mines. 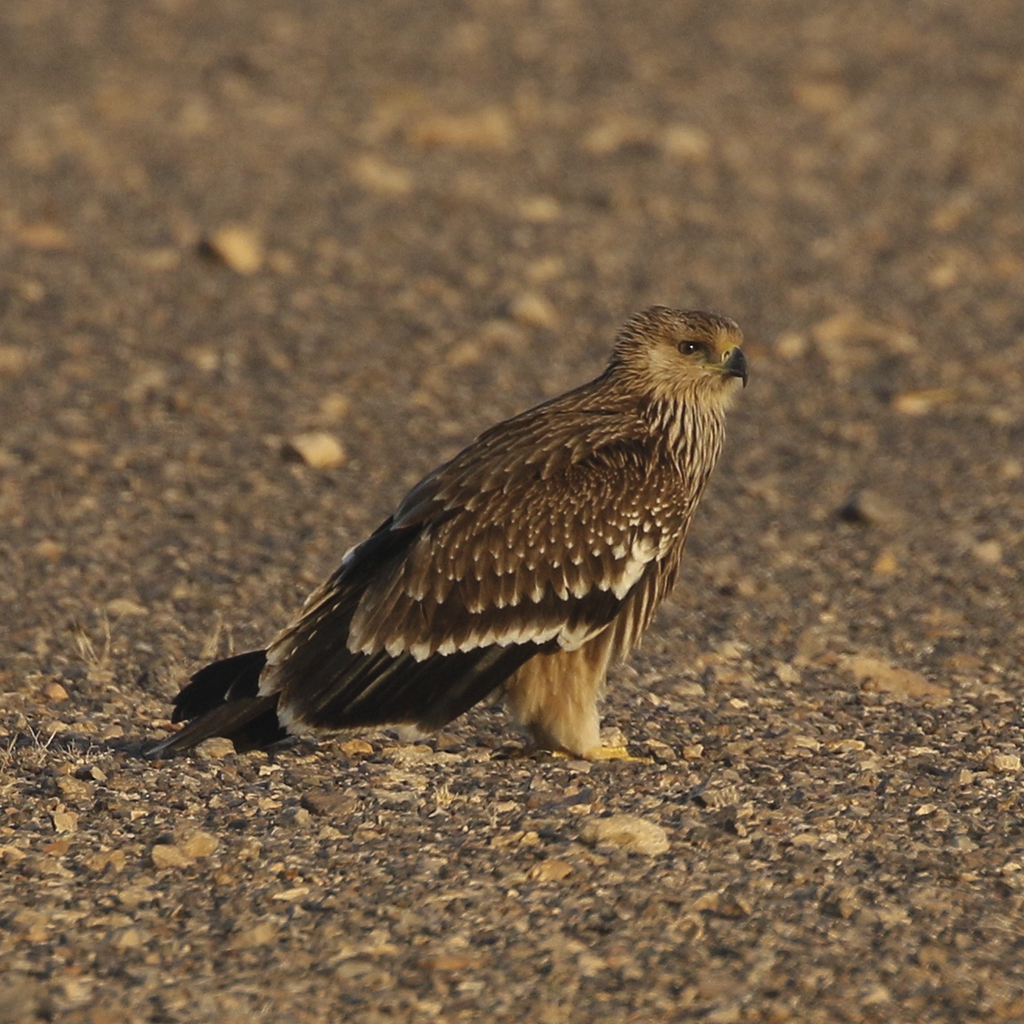