The Cream-coloured Courser inhabits flat and sandy areas in deserts. It is resident in Wadi Araba, notably in the flatter and more arid plains that extend into Wadi Fidan.

It feeds mostly on insects and builds its nest in a shallow dip on bare ground. Some adults have been recorded pretending to brood away from their nests to distract any observers from the presence of their chicks. They are occasionally seen in flocks of up to 30 birds, which may help them to exploit the patchy food resources of their arid habitat. Cream-coloured Coursers also display a natural curiosity, which they indicate through a craning of their neck. 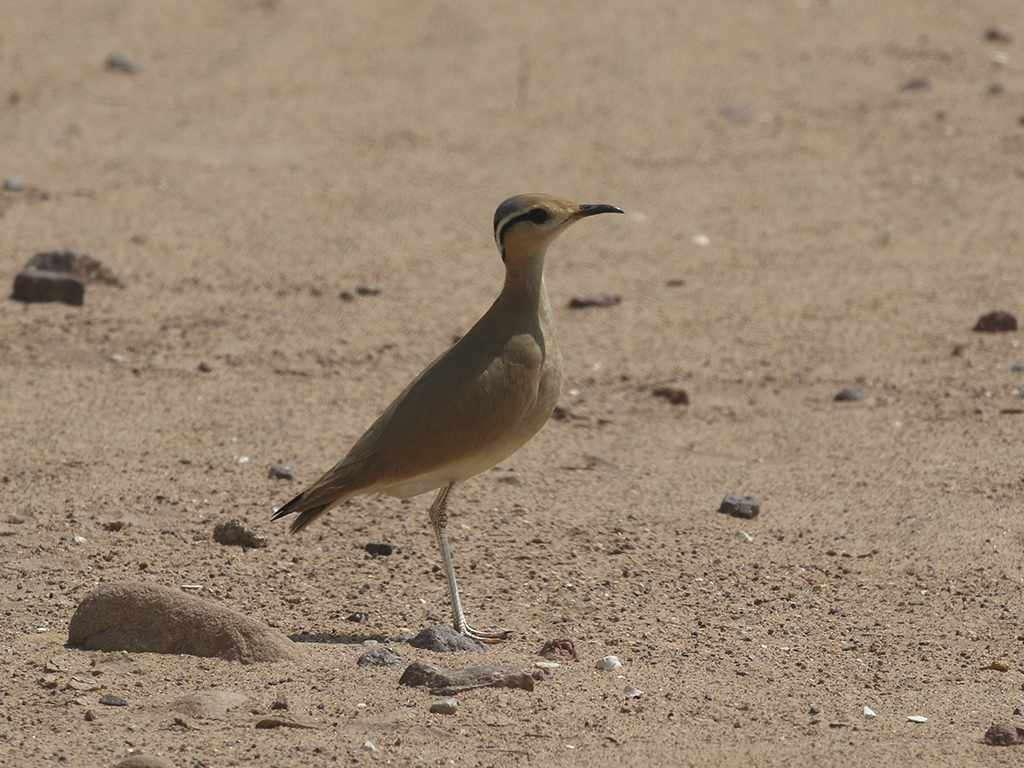