The Common Teal usually inhabits a wide range of wetlands and so comes to Wadi Faynan as a passage migrant, likely stopping at the irrigation pools across the landscape.

Its peak migration season is October to November, when it travels south, and March to April, when it goes north. Small waterfowl, like the Common Teal, have been an important part of the culture of the southern Levant for thousands of years. They were even hunted from the earliest period, with their bones found at the archaeological site of Mallaha, dated to the Natufian period between 15,000 and 12,000 years ago. The Common Teal was also found amongst the bird remains at the site of WF16, demonstrating that the people of Neolithic Wadi Faynan were also catching, and probably eating, the species between 12,000 and 10,000 years ago. 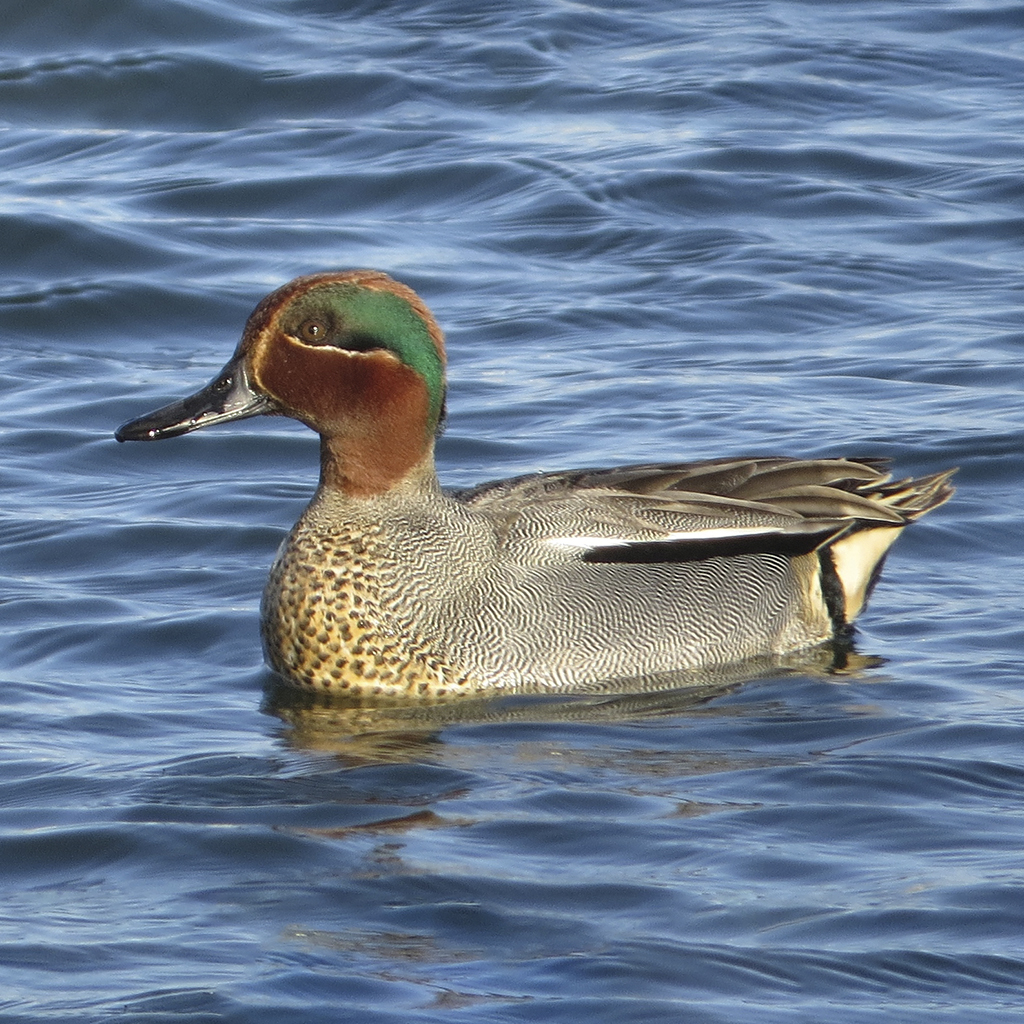