Stone artefacts of our early ancestors in Faynan

The earliest evidence of a human presence in Faynan comes from stone tools found scattered across the wadi, but primarily on its north side. These come from Wadi Ratyah and include tools worked on both sides, called bifaces, in both pointed and ovate shapes, possibly made as much as 500,000 years ago. They are likely to have been general-purpose tools, used for tasks such as digging up roots, chopping through stems and butchering animal carcasses from either hunting or scavenging.

Flint flakes and cores made by a special method we call the Levallois technique, have also been found in the wadi, and these early stone tools are likely to have been made by Neanderthals. The Levallois technique involves striking stone flakes from a piece of stone, known as the core, that had been carefully prepared for working; the very skilful preparation of the stone core means that with a single blow a flake or blade of predetermined size and shape can be removed. Some of these are likely to have been used as spearheads. A third type of early stone tool found within Faynan are long, thin blades of flint. These were removed from skilfully prepared blade cores. They have ends showing how they were struck off the core by a sharp blow to the striking platform. This type of blade became the predominant stone tool used by modern humans, Homo sapiens, prior to the end of the Pleistocene. 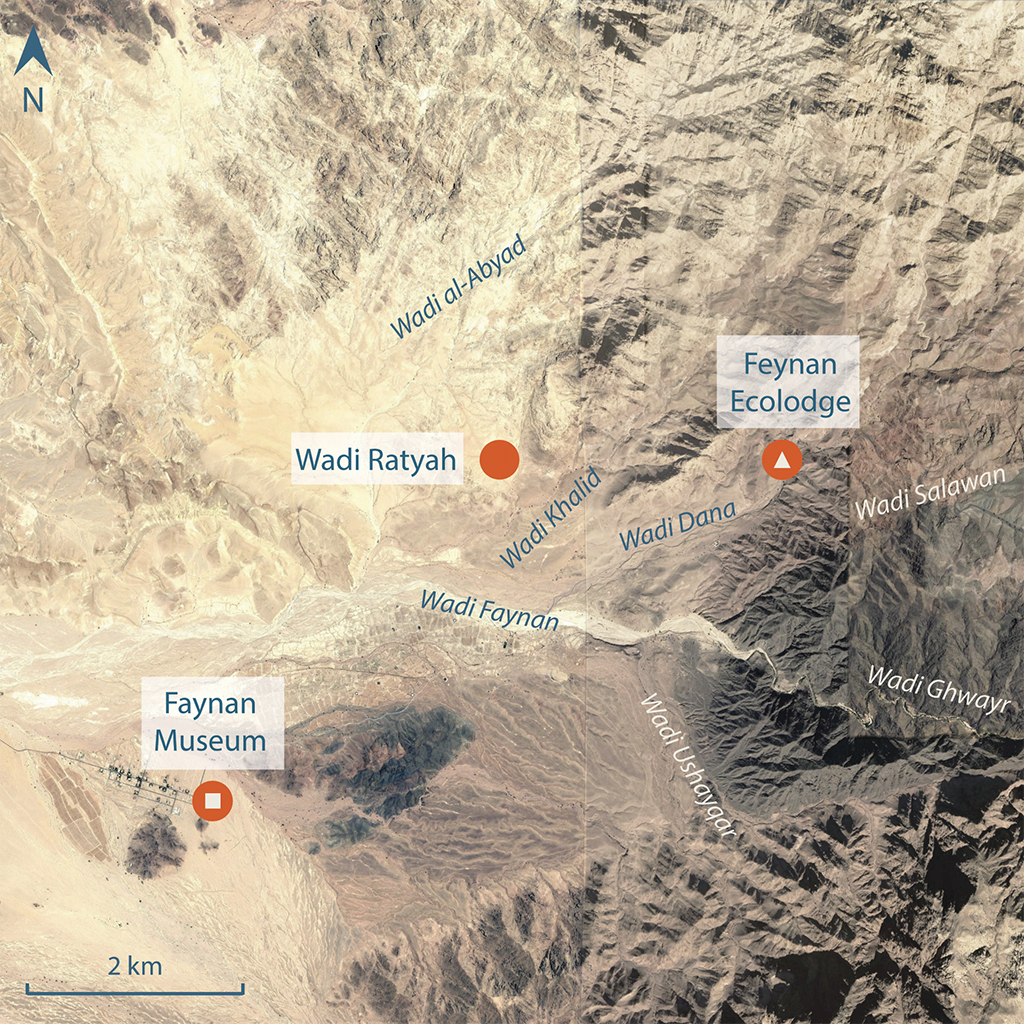 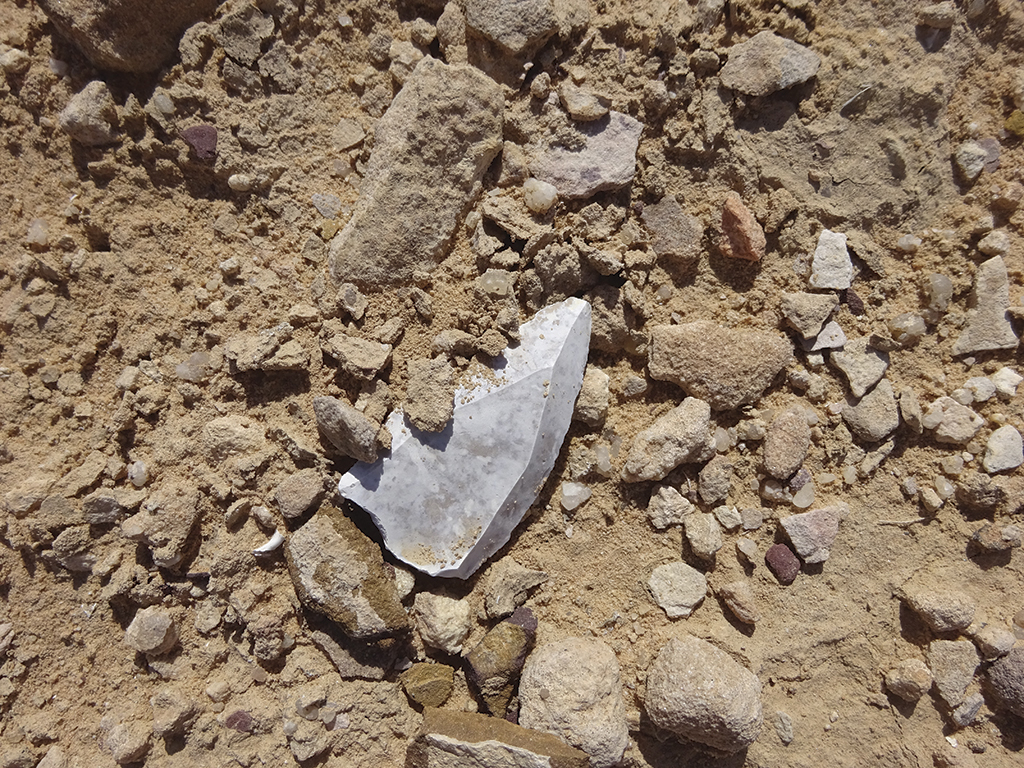