An extensive spread of Early Bronze Age pottery on the southern side of the wadi channel, a kilometre west of the juncture with Wadi Dana, marks the site of a major settlement covering 11 hectares with a complex of enclosure walls, small sub-rectangular buildings, yards, floors and pits. The site, known as WF100, has been heavily disturbed, and is partly hidden by later Roman and Byzantine field walls.

A wide range of domestic and craft activities took place at the settlement, including pottery, weaving and metal working. Copper ore was brought to the site, broken up and smelted, with the resulting metal fashioned into objects using moulds and by hammering. Pottery was made using the coil technique, producing a variety of open bowls and jars with impressions of matting on their bases, some of which included simple decorations from finger impressions and incisions cut into the clay.

The Bronze Age inhabitants of this settlement were reliant on crops and owned a range of animals including sheep, goat, cattle and pigs, as well as donkeys which may have been important for transport in the copper trade. 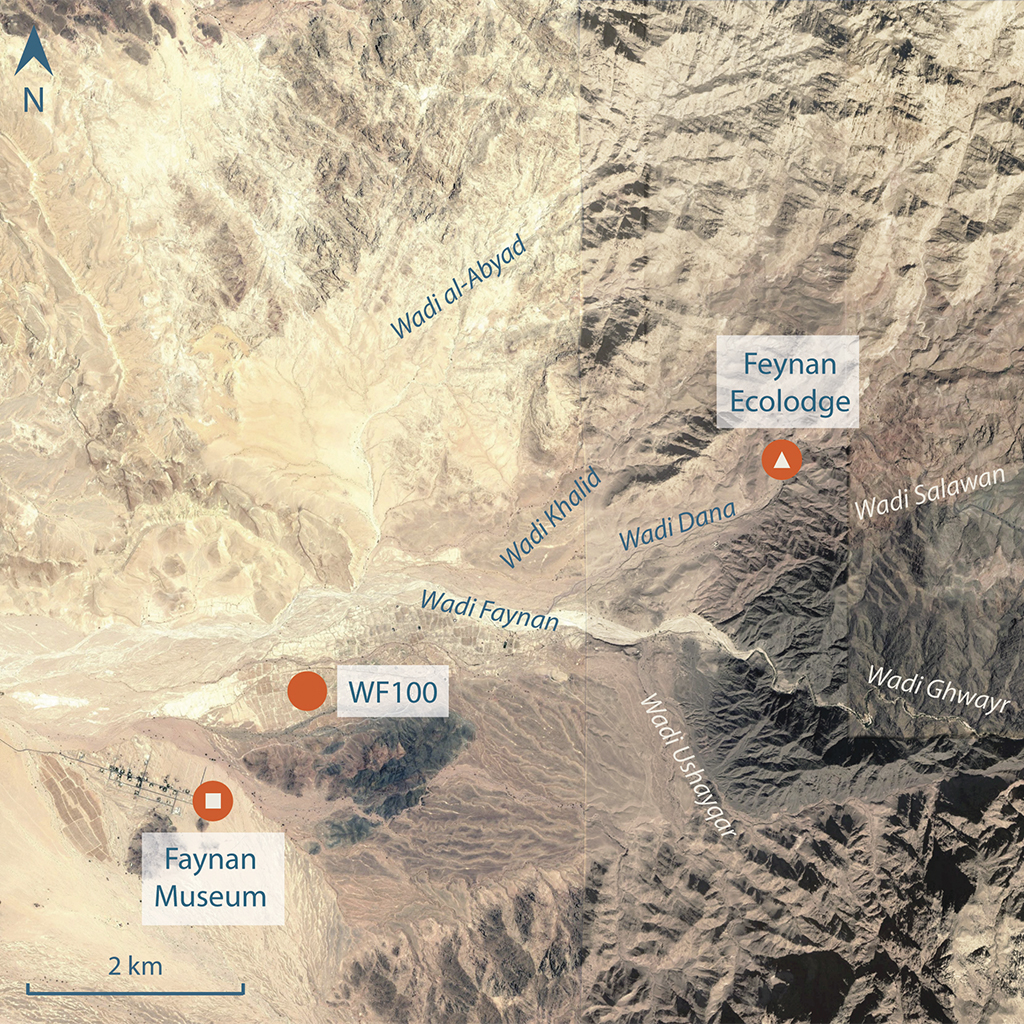