A cemetery containing at least 1,700 burials from the 4th to the 7th century AD is located on the south side of Wadi Faynan. The majority of the graves were oriented west-east, and many of them had headstones with crosses, clearly indicating they were Christian. Most burials were simple grave cuts, with stone slabs laid over the body. Some burials were more clearly indicated at the surface by stone cobbles or rectangular structures that appear to have been plastered. Further smaller cemeteries are located close to the Khirbat Faynan.

Although they have no formal grave goods, many burials have been destroyed by looters; others have been excavated by archaeologists to avoid the loss of evidence by such looting. The analysis of the human bones from the South Cemetery has given us information about the living conditions at the time, and the effects of hard work and pollution on the mining population. 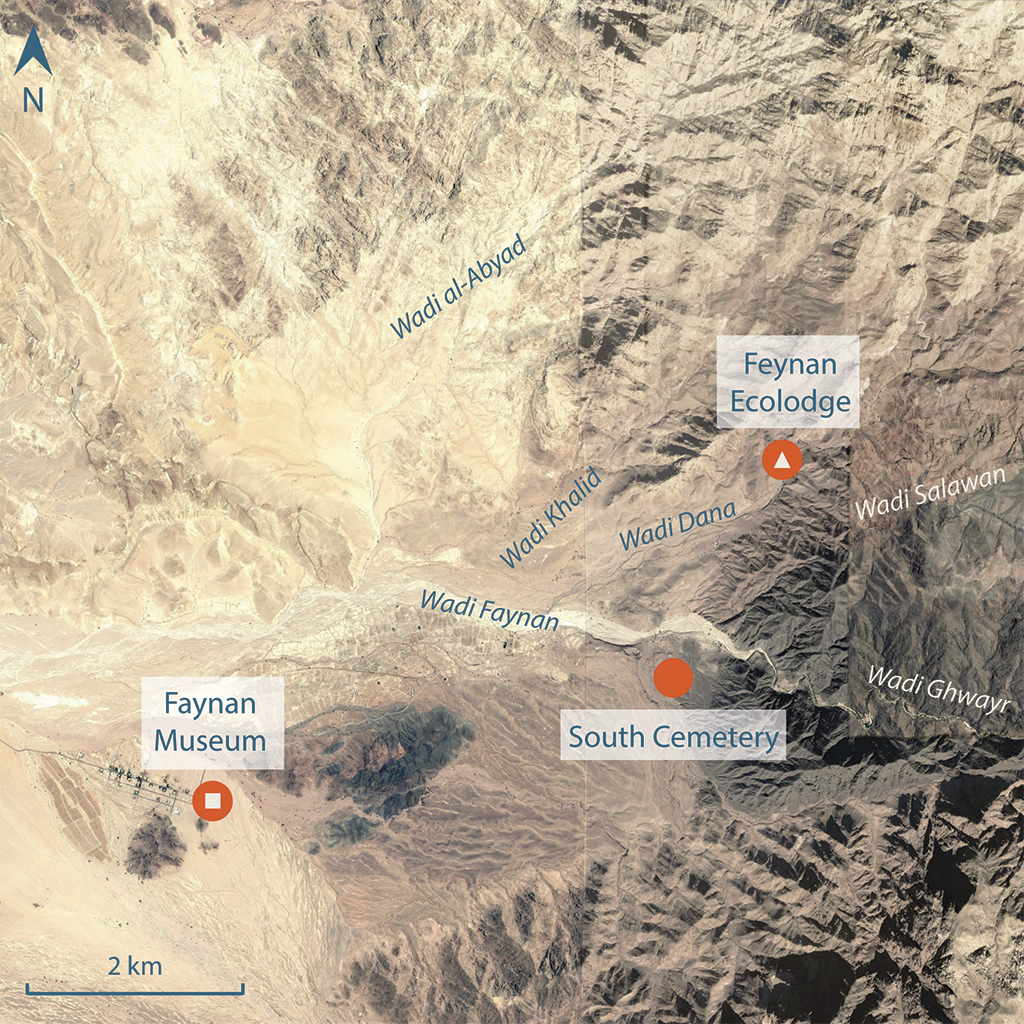 Location of the South Cemetery 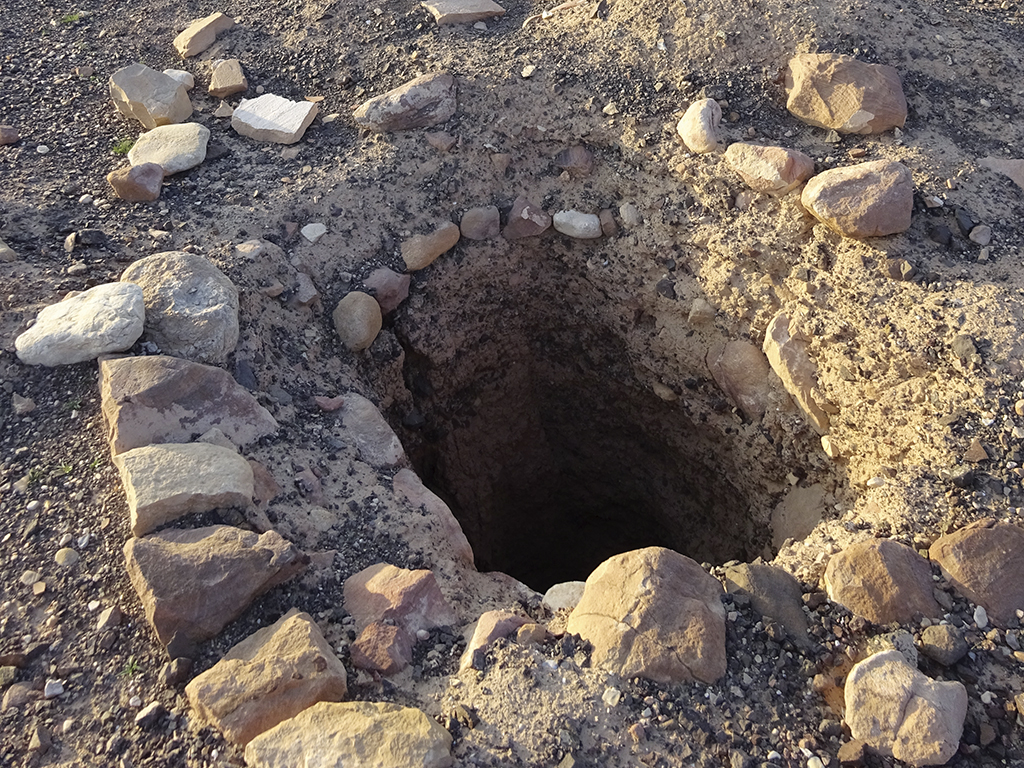 Grave at the South Cemetery 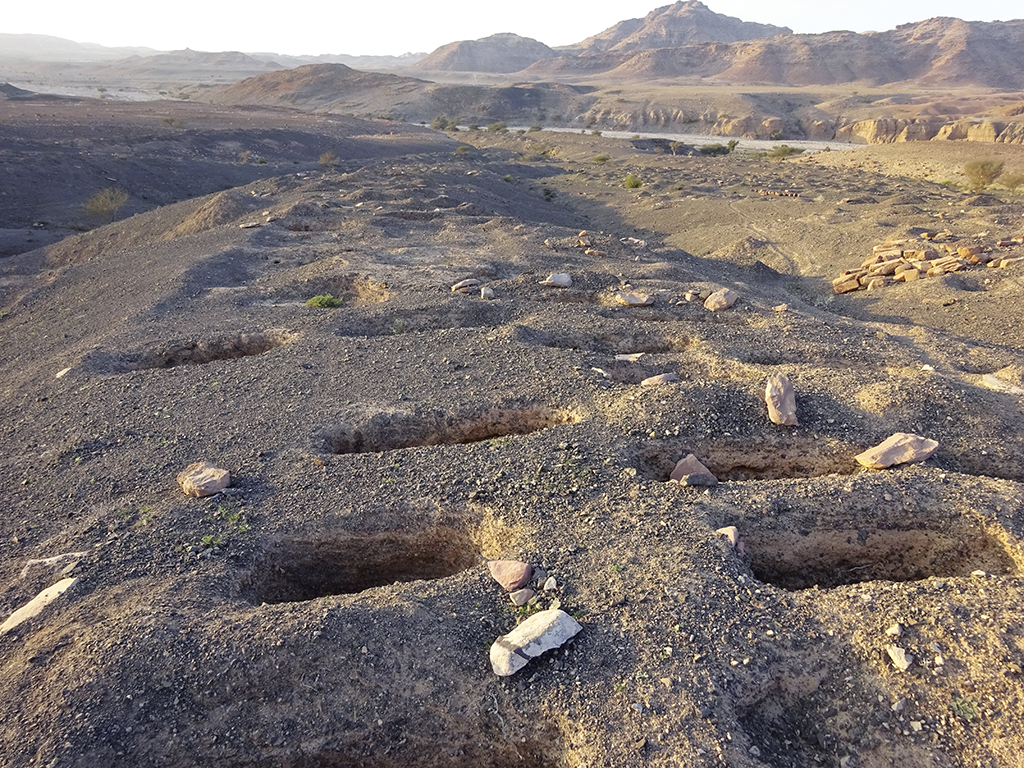 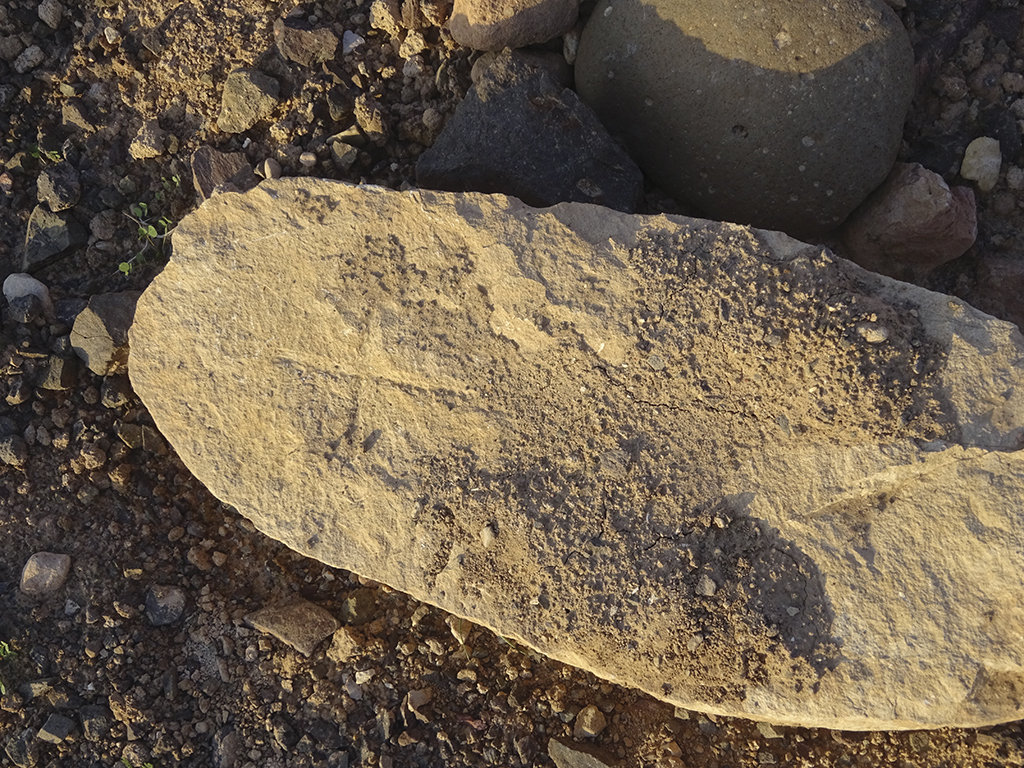 One of the headstones within the South Cemetery with a cross, indicating a Christian burial