Ever since the Early Bronze Age, field walls had been constructed close to the floor of the wadi, several of these being designed to capture floodwater to enable the growth of cereals. During the Roman period, several walls were joined together to form a single bounded system of around 800 fields. This established a floodwater field system unique for the whole of the Levant. It had two areas, a northern and a southern zone. In the northern zone, boulder walls were designed to distribute seasonal run-off from the tributary wadi systems and the slopes into the fields, with the walls being interspersed with simple spillway and sluice structures.

The fields were manured with household rubbish, which can be seen by the scatters of Roman and Byzantine pottery found across the whole area, and implying the growing of cereals. In the southern zone, the fields had to be more steeply terraced, and lacked the benefit of an irrigation system. These fields were probably used for growing hardy perennial crops such as olives and vines, needing less intensive watering and manuring than the cereals.

It may have been during the Roman period that the intensive felling of trees for fuel to power the copper smelting removed the vegetation cover from the hills. This caused rain to run off the ground surface, creating dangerous flash floods which made the streams in the wadis too unreliable and destructive to use as perennial water sources. 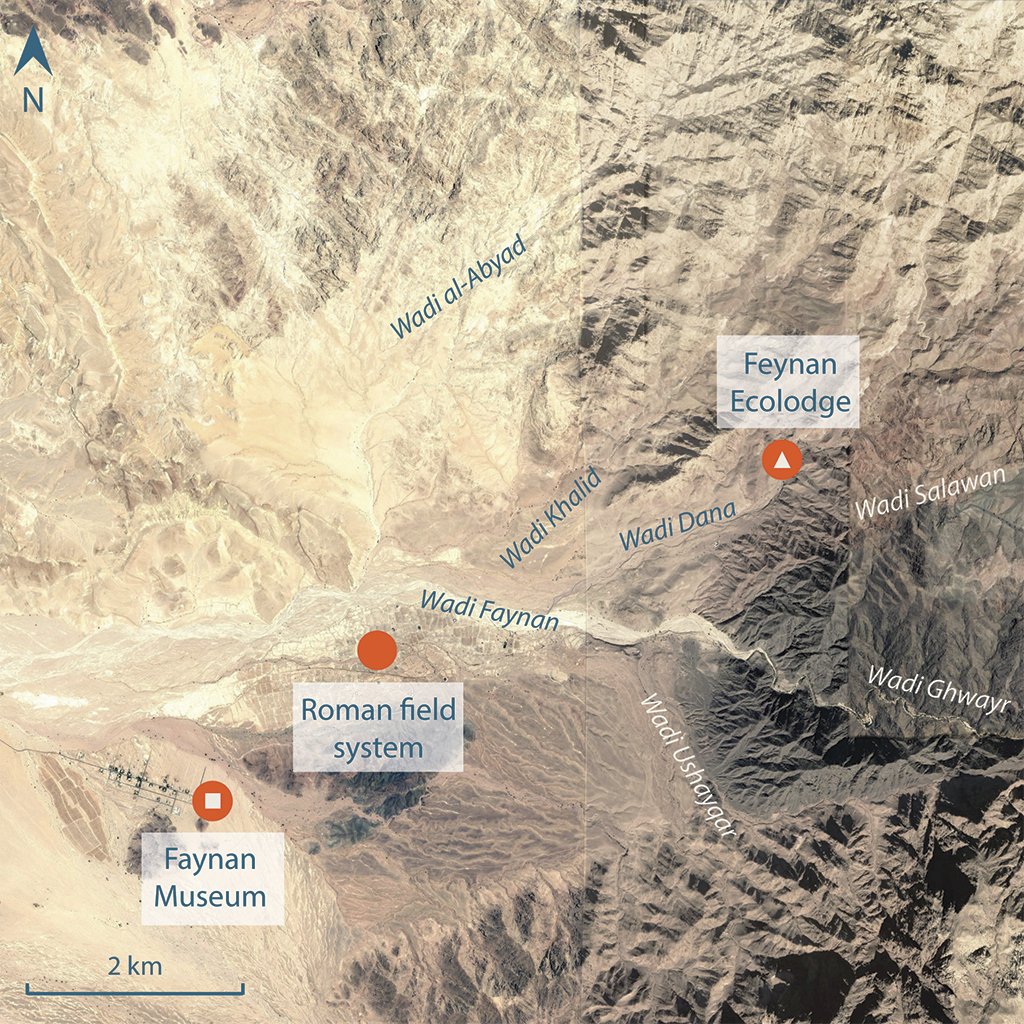 Location of the Roman field system

Drawing of the Roman field system 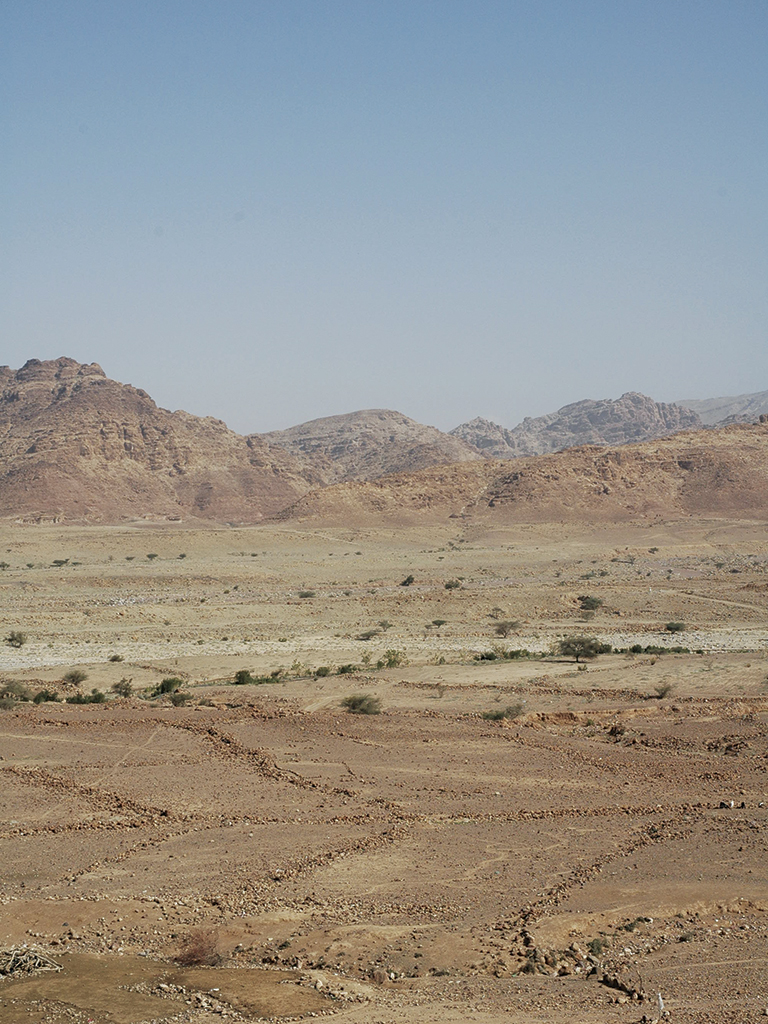