The traces of many densely-packed buildings are evident within this huge mound of rubble. The remains of two churches can be seen on the north side, while a further church and a monastic building are found to the east. There is also a substantial detached tower at the western fringe of the site.

While the majority of the surface ruins are likely to date from the Roman and Byzantine period, activity at the Khirbat Faynan ran from the Early Bronze Age to the Mamluk period, with the earlier remains hidden by later buildings, but revealed by archaeological excavation. A large building at the top of the site, once assumed to be a Roman administrative building, is now understood to be Islamic.

The long period of settlement at Khirbat Faynan is not surprising with its location being at the junction between the Wadis of Faynan, Dana and Ushayqar. 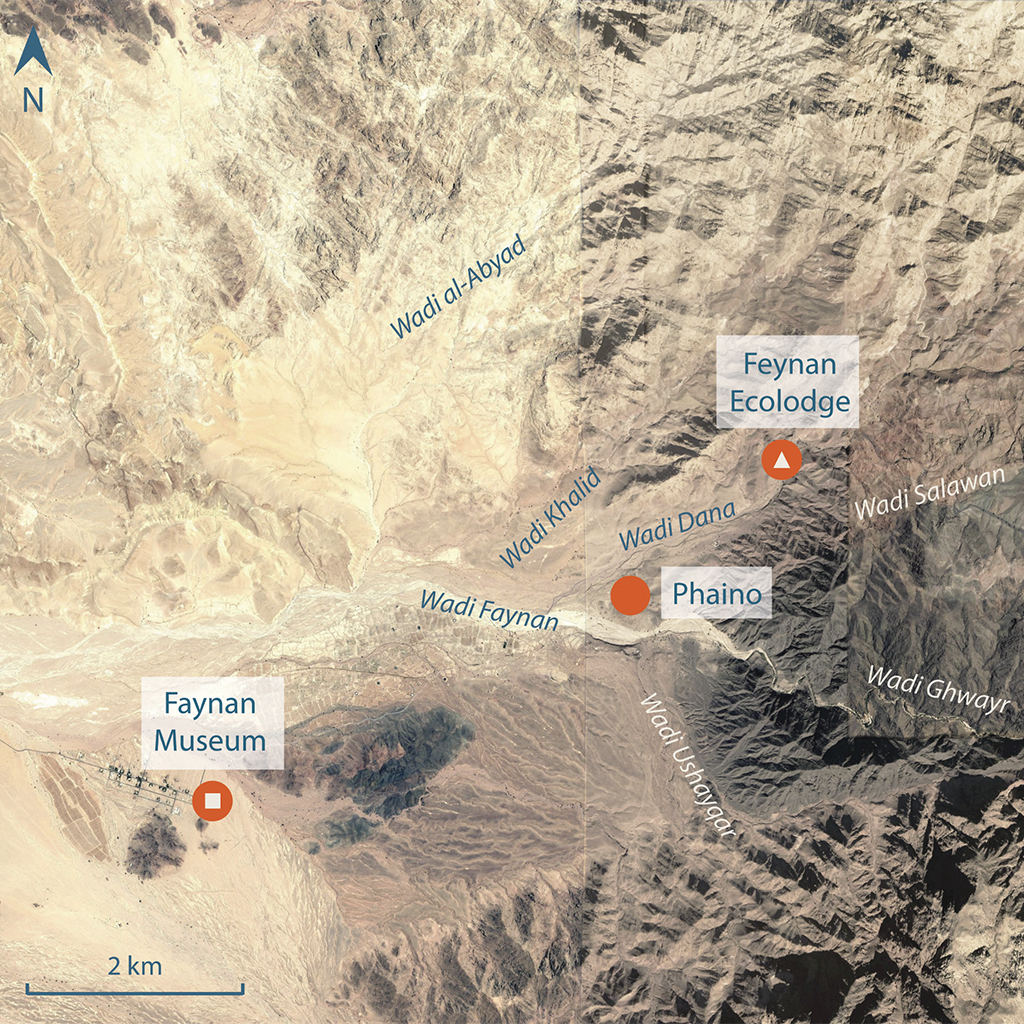 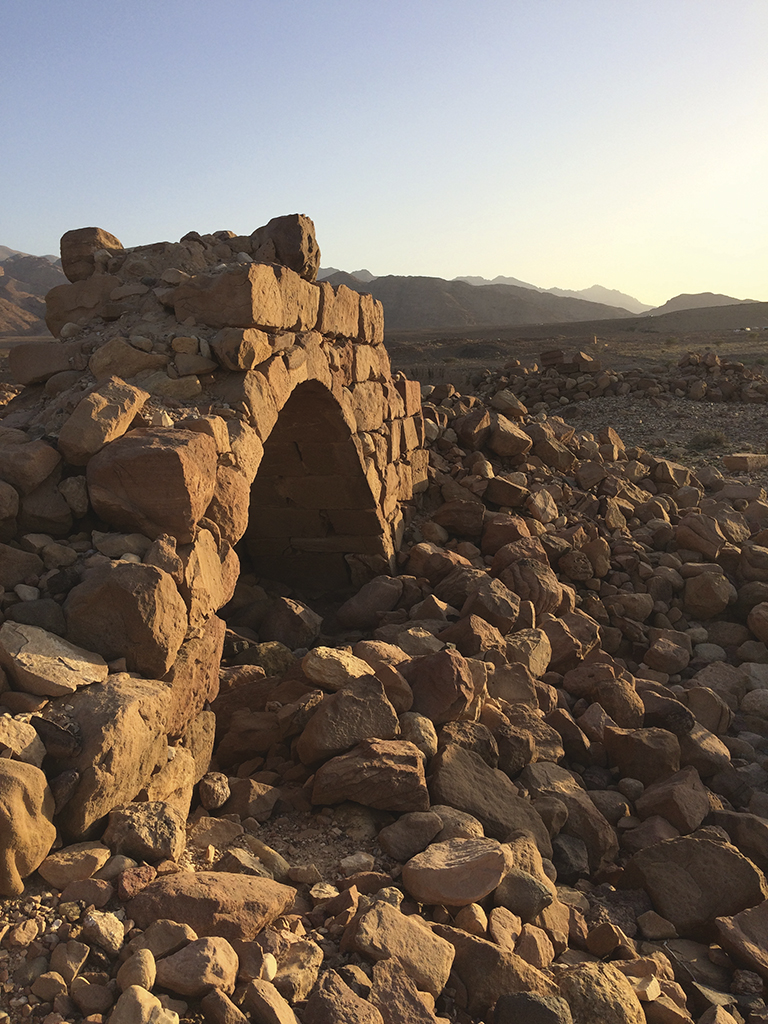 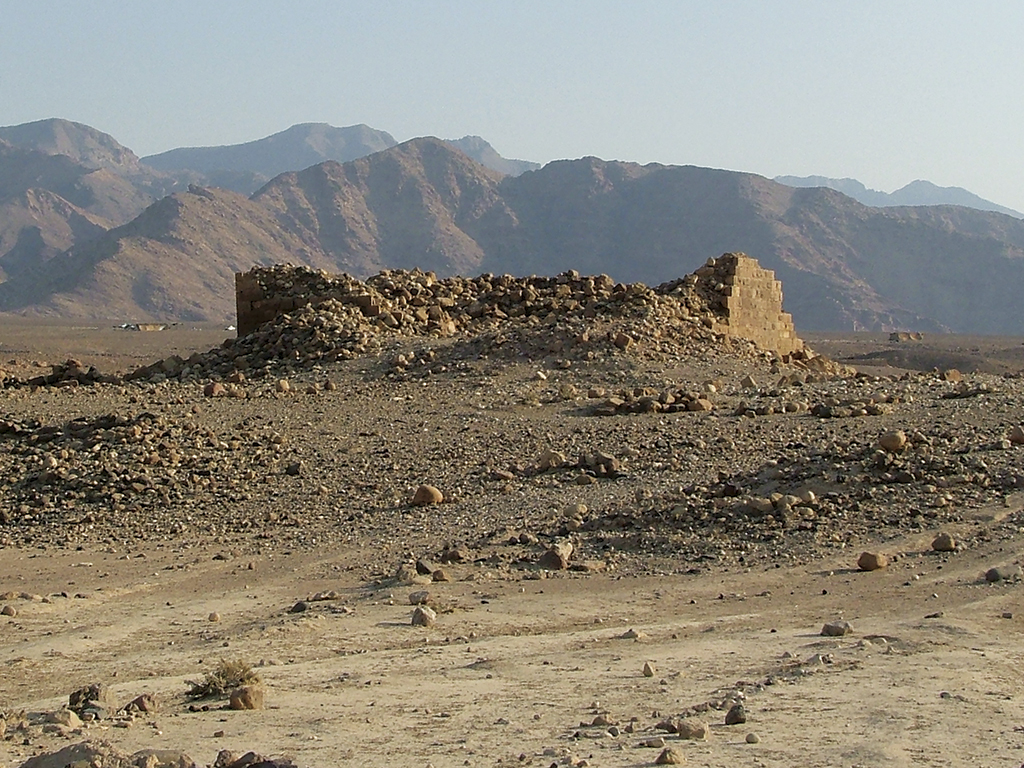 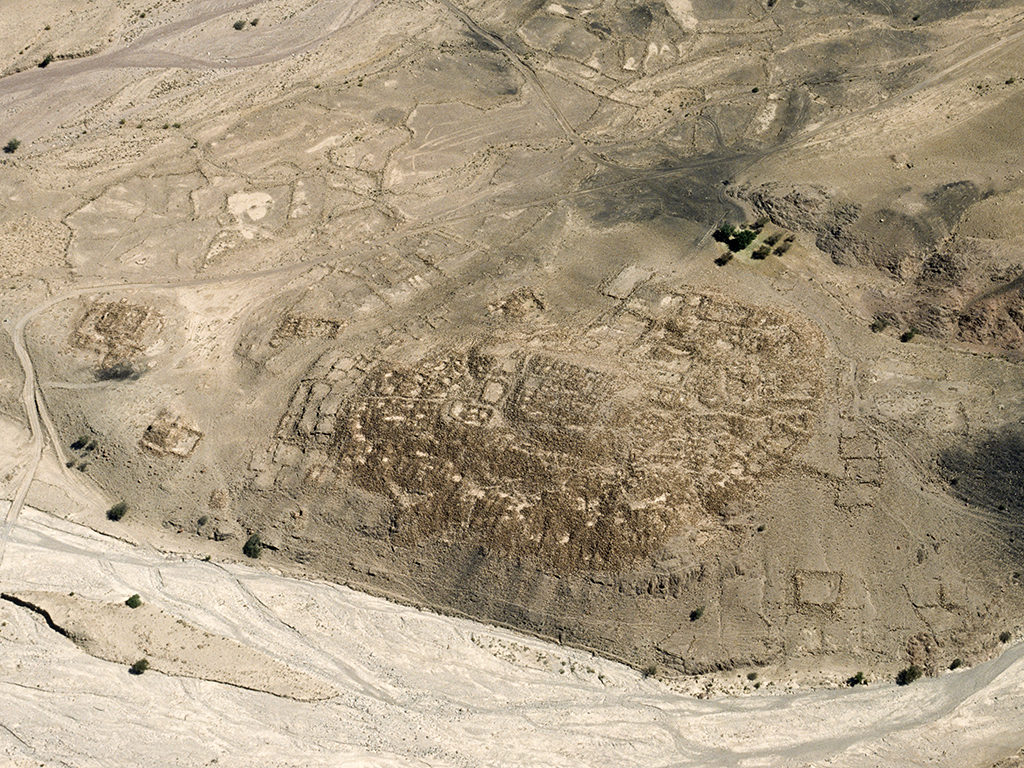 The huge complex of buildings of the Khirbat Faynan
Image:
APAAME_20151013_IAR-0037 © Isabelle Rueben Aerial Photographic Archive for Archaeology in the Middle East