Both the Crowned Sandgrouse and the Spotted Sandgrouse tend to inhabit sandy deserts. Due to their preferences, they are more likely to be found in the sandy regions to the west and south-west of Wadi Faynan.

They are quite rare in this region now, however, as hunting has drastically reduced their numbers over the last 20 years. The sandgrouse will often travel long distances in small groups to a water source every morning. When they arrive, they have specially adapted feathers on their breast that allow them to gather and store water whilst they fly. Once loaded up, they return this water to their nests to hydrate their chicks. Due to this, Bedouin see the sandgrouse as an excellent guide to a water source. Within Bedouin poetry, the large gatherings of sandgrouse at water sources have also come to symbolise the gathering together of many Bedouin tribes. 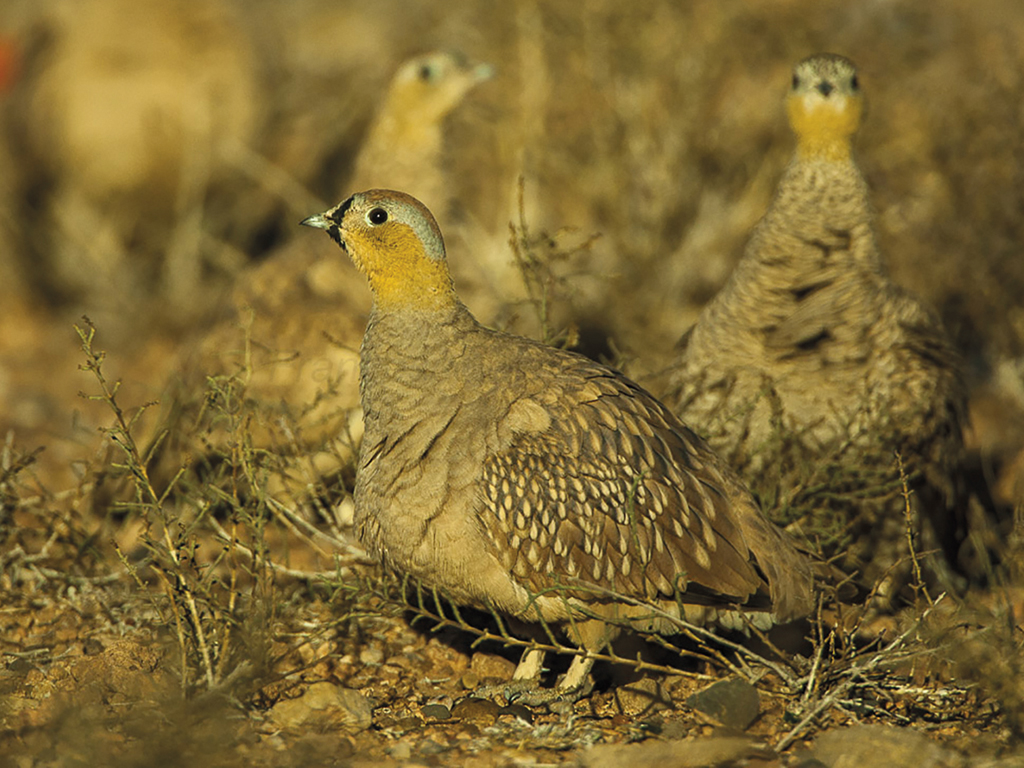 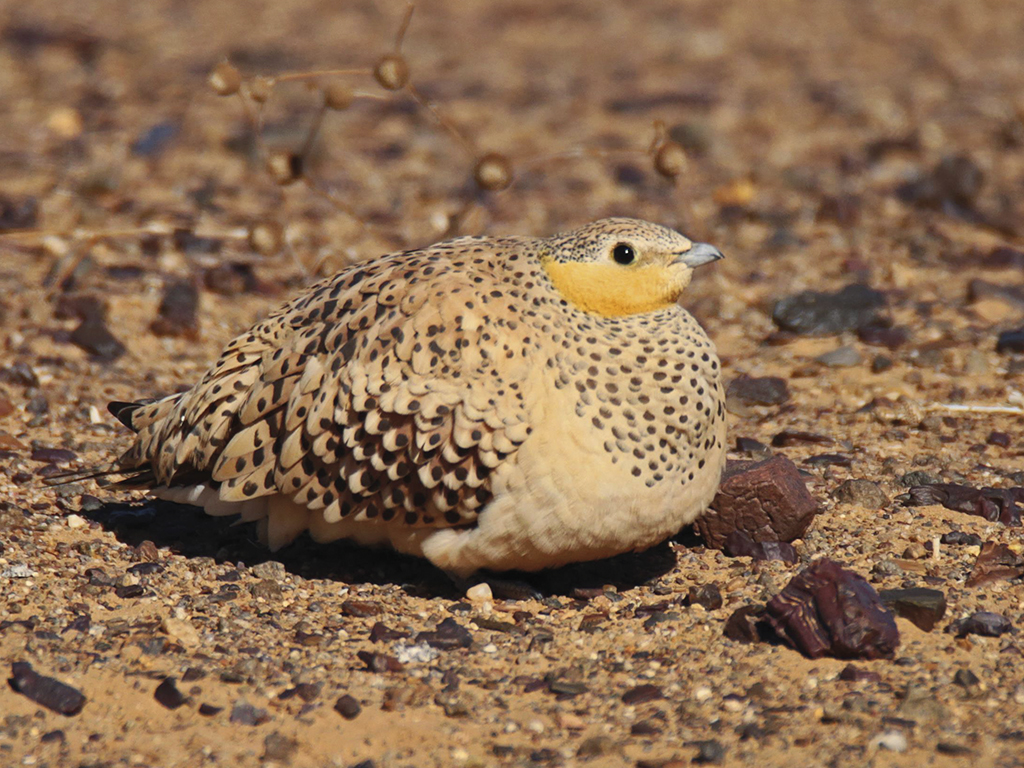